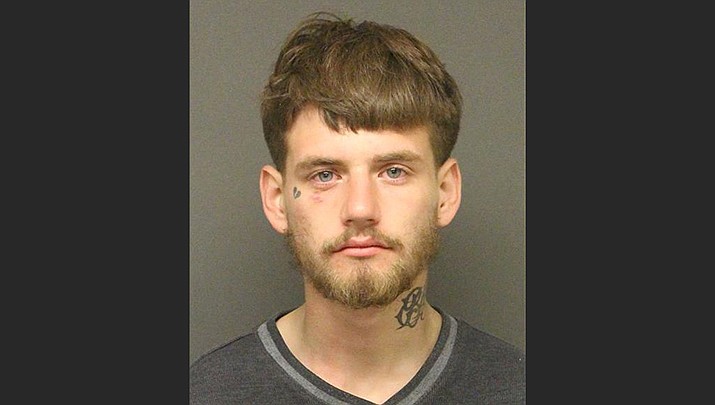 At approximately 11:45 a.m., deputies responded to a residence in the 2100 block of Devlin Avenue in reference to an attempted burglary. Deputies arrived made contact with the homeowner, who showed deputies footage of a male subject entering the property and attempting to steal a quad from within his fenced property.

The homeowner was alerted when he heard his dog barking and observed that the quad, which had previously been parked in the backyard, was now outside his vehicle gate and the male subject was walking toward Van Nuys Avenue.

The male subject was seen on video wearing a red flannel shirt, shorts and black shoes.

During contact with the homeowner, a male subject was observed down the street matching the suspect’s clothing description. Deputies contacted the man, identified as Wise. When showed a photo from the surveillance cameras, Wise reportedly confirmed it was him in the images.

Dimitri Jacob Wise was arrested on suspicion of felony charges of first degree criminal trespassing, third degree burglary, and theft of means of transportation, as well as a misdemeanor charge of criminal damage and an active arrest warrant. He was booked into the Mohave County Adult Detention Facility.