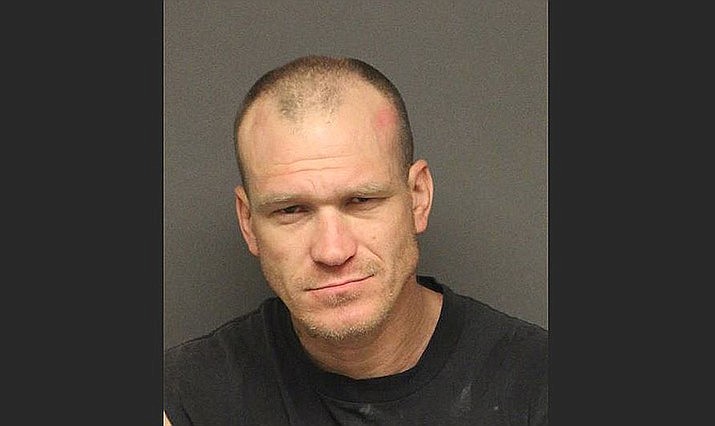 KINGMAN – Joseph Lloyd Whybark, charged with leaving the scene of an accident that resulted in the death of a Bullhead City woman in April, has pleaded guilty and could serve between 12 and 30 years in prison.

Deputies originally responded to the area of Colorado Road and Brooke Drive in Golden Valley on a call of a subject in the roadway April 23. They arrived to find 62-year-old Krisandrea Pannell-Cashen of Bullhead City deceased. On April 24, the suspected vehicle involved was located abandoned in a wash on the west end of Golden Valley.

Whybark, 35 of Kingman, originally pleaded not guilty to charges faced, but late last month entered guilty pleas to the charges of failure to stop at the scene of an accident involving serious injury or death, a Class 3 felony, and tampering with physical evidence, a Class 6 felony.

Whybark also pleaded guilty to two charges in another case. He pleaded guilty to burglary in the second degree, a Class 3 felony, and misconduct involving weapons, a Class 4 felony. Those guilty pleas were in relation to the charge that Whybark “entered or remained unlawfully in a residential structure with intent to commit a theft or felony therein,” in the 2600 block of Calle Marco Drive June 9, according to court documents.

Whybark has one prior felony conviction for shoplifting. According to court documents, Whybark could spend between 12 and 30 years in prison based on his guilty pleas.