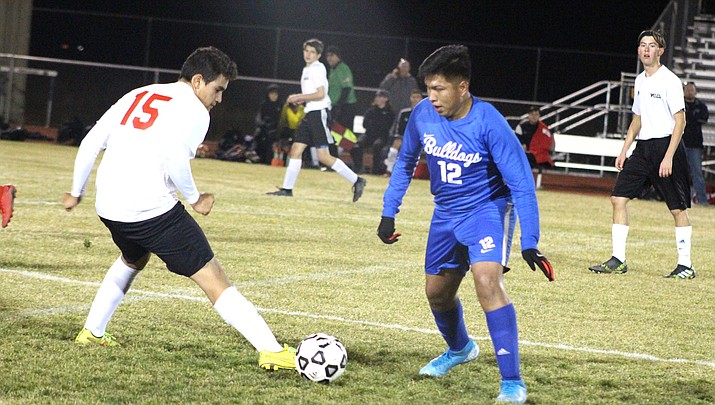 KINGMAN – The final score may not have shown it, but the Lee Williams High School boys soccer team was in a battle with crosstown-rival Kingman High Tuesday, before a pair of late goals swelled the final tally to 5-0 at KHS.

Still, the coach was pleased with result. "We had a couple of late goals and I’m proud of their effort,” he said.

The Bulldogs also made head coach Kevin Roberts proud with their second-half turnaround. Kingman didn’t get many good scoring opportunities in the first half, but changed that after halftime.

“We worked a little bit more of a game plan of trying to put more pressure in the front,” Roberts said of the second half. “It actually worked pretty well and put people in the right spots to have those perfect through balls. Cayden Pettway had about three shots on goal that barely eked wide. They were good opportunities.”

None could find the net, though, and Kingman was dealt it first shutout loss.

Lee Williams, meanwhile, didn’t have that issue as the offense spread the ball around to five different goal scorers.

Michael Goodgion tallied the Vols' first goal with 37:08 remaining in the first half, while Justin Wright scored at the 8:56 mark for a 2-0 halftime lead. 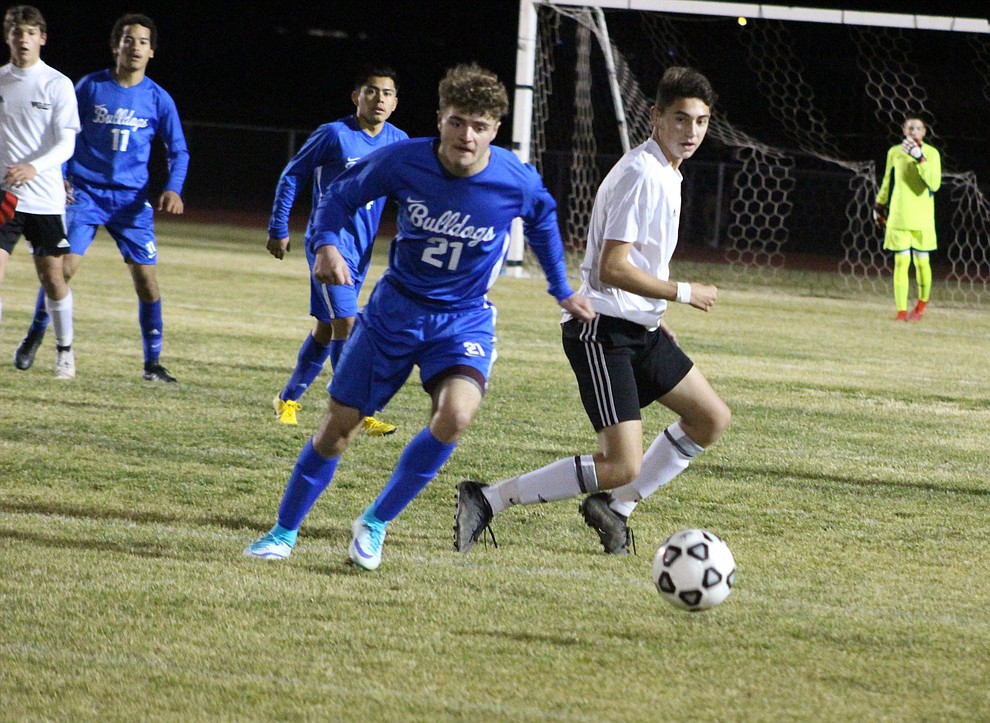 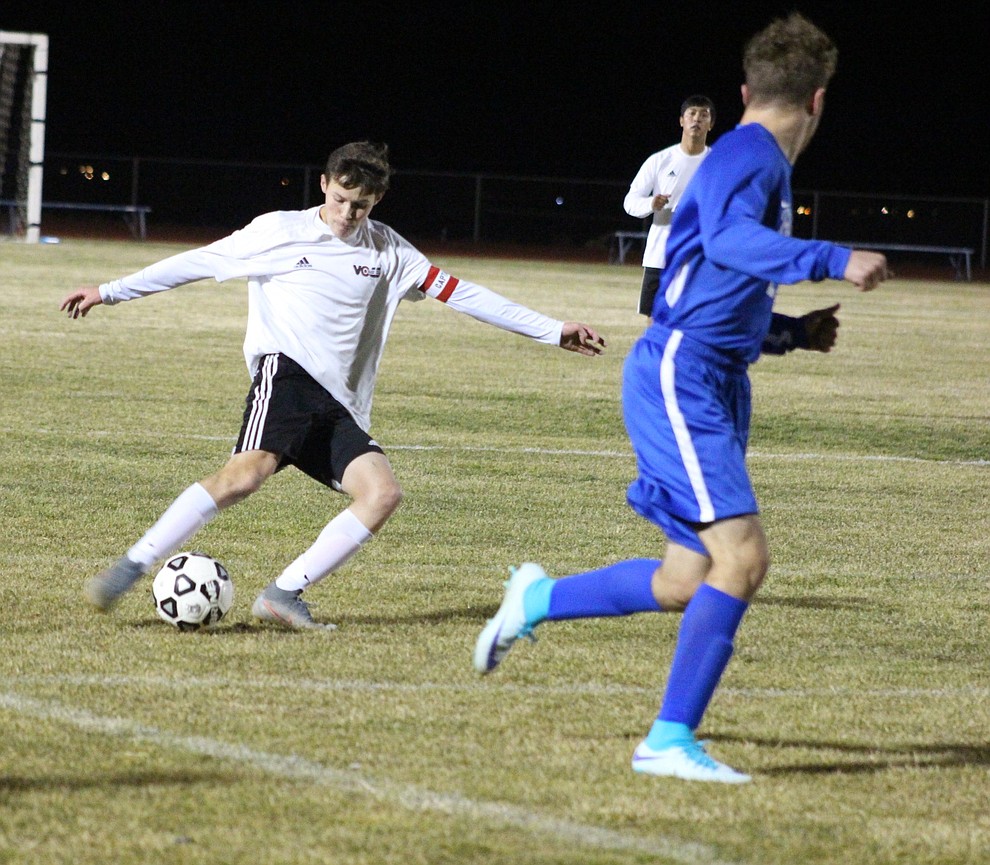 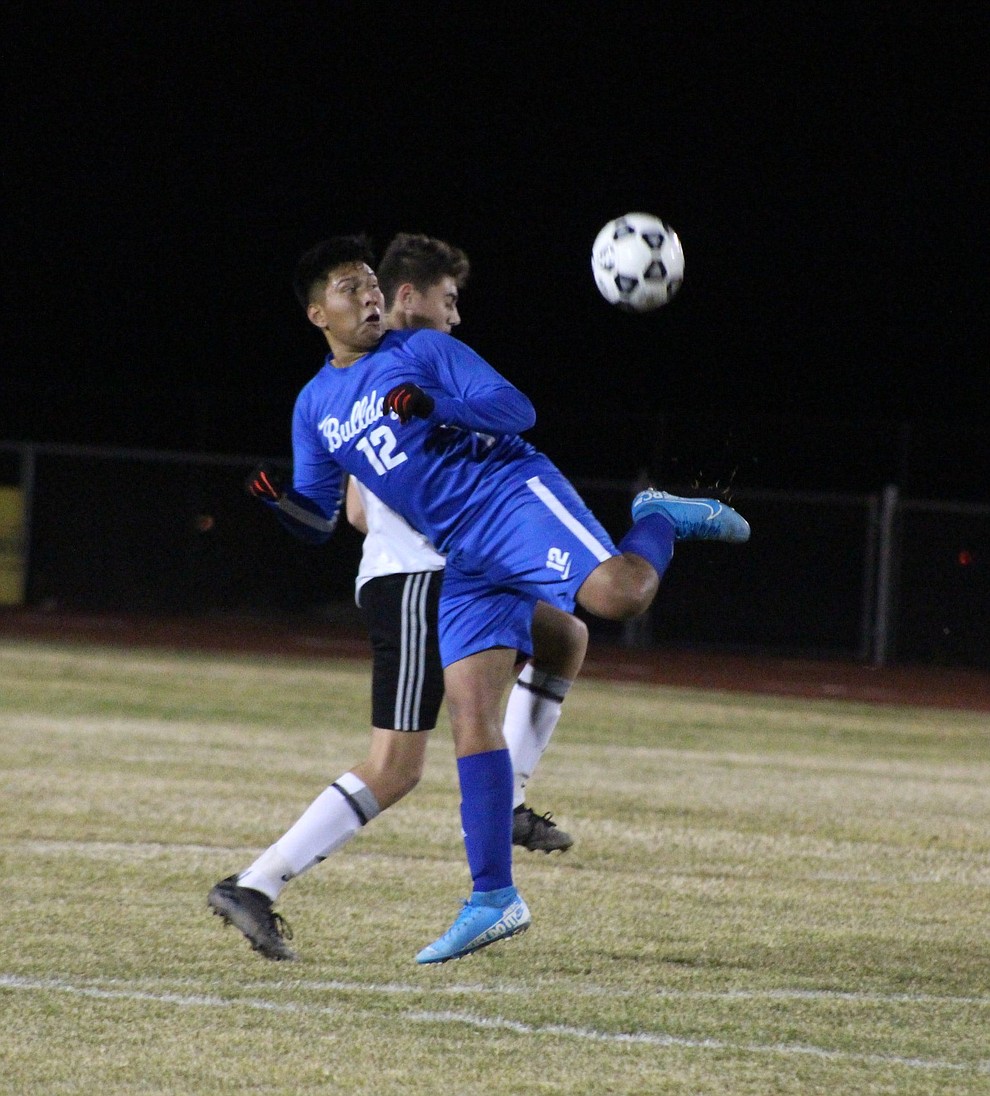 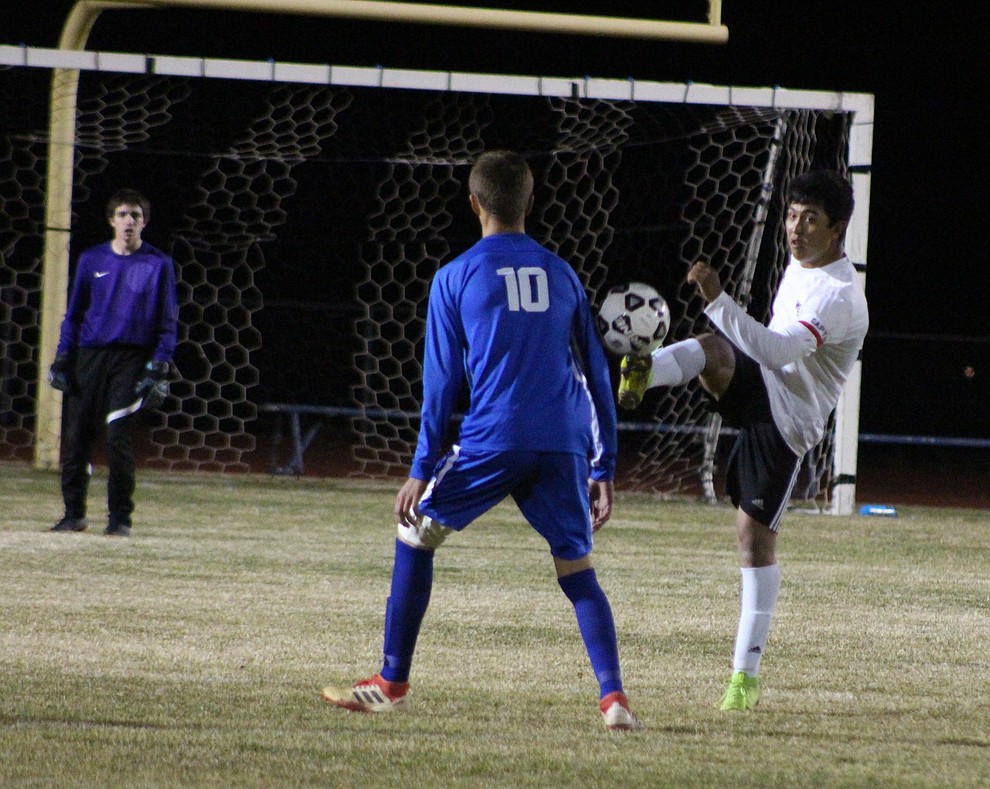 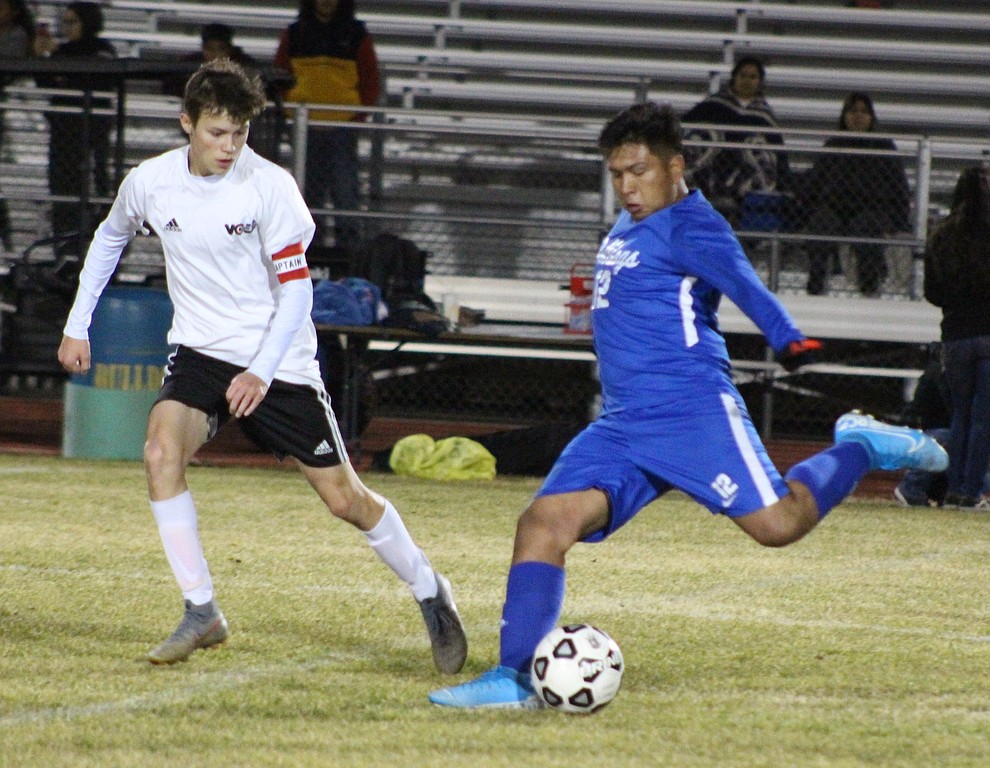 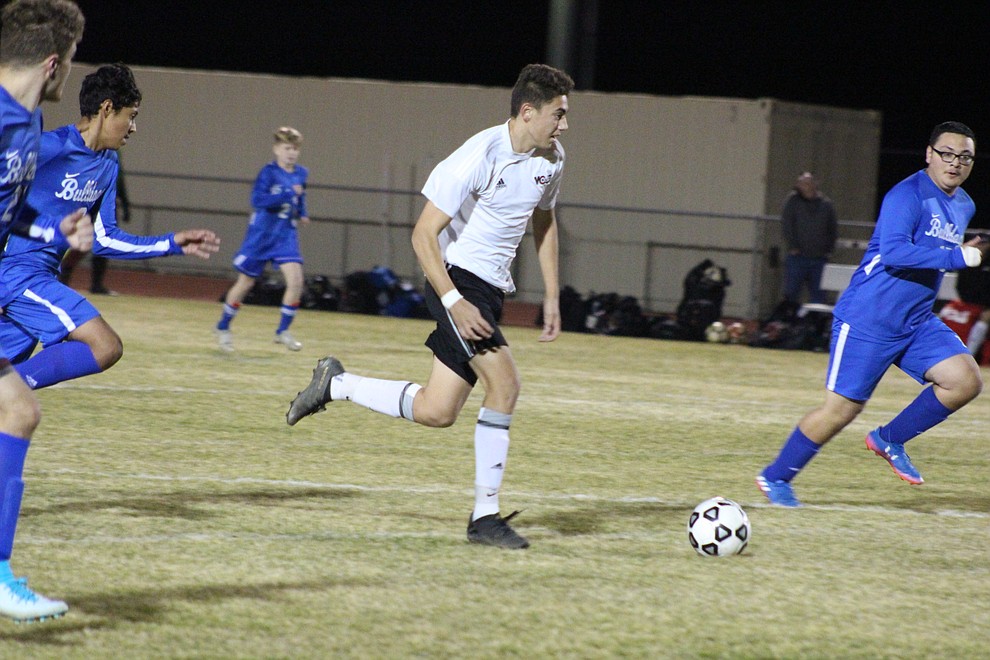 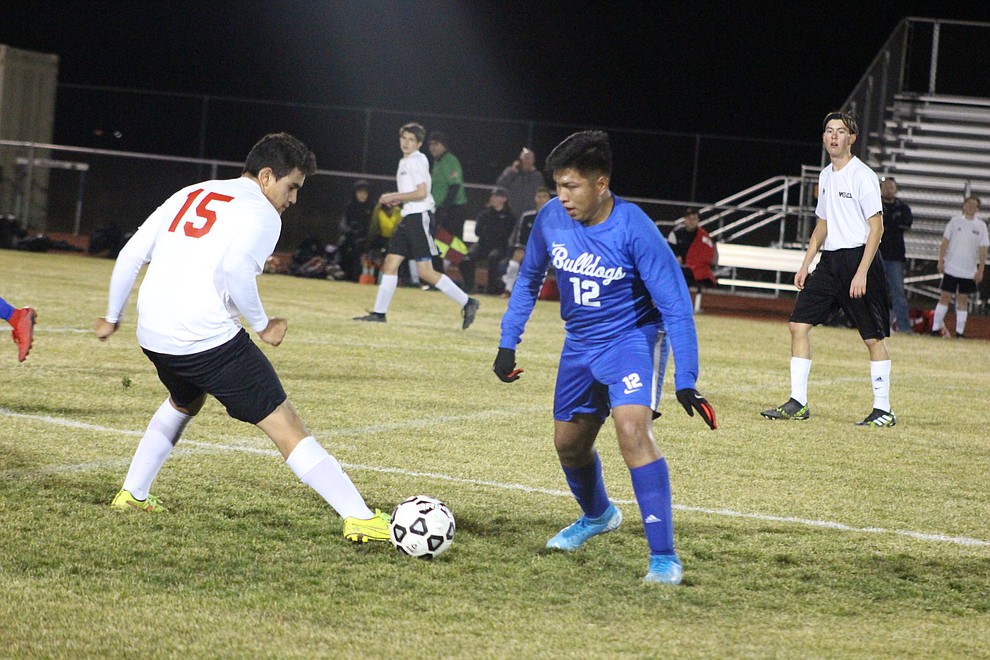 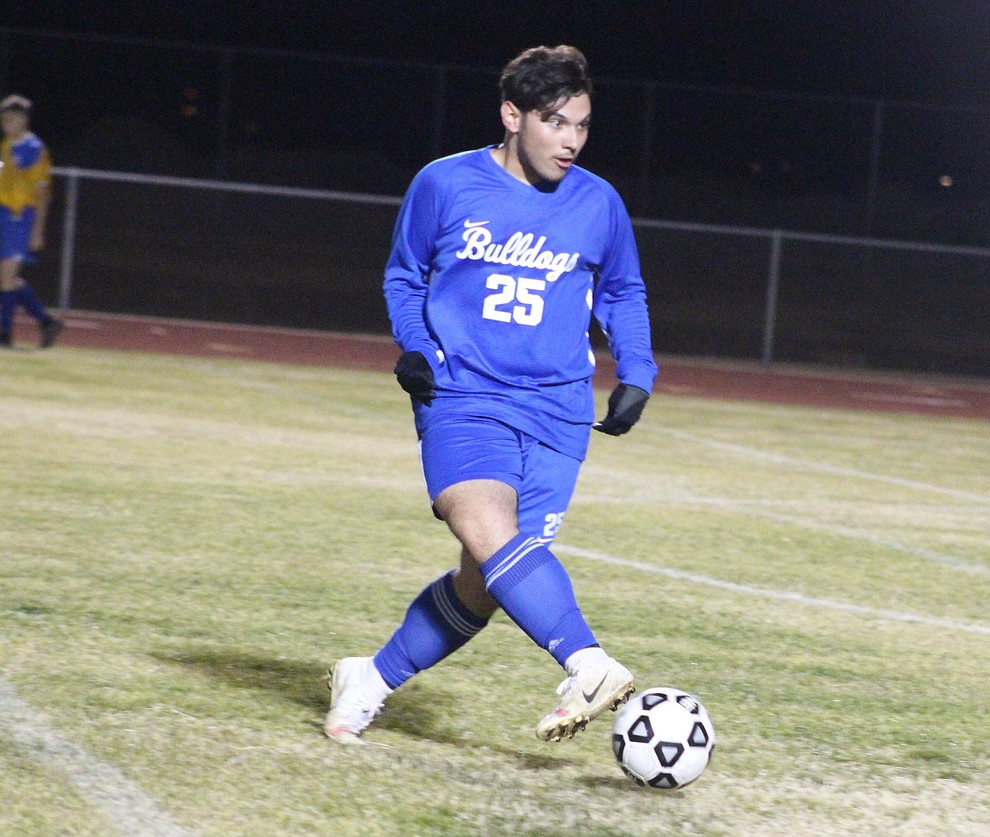 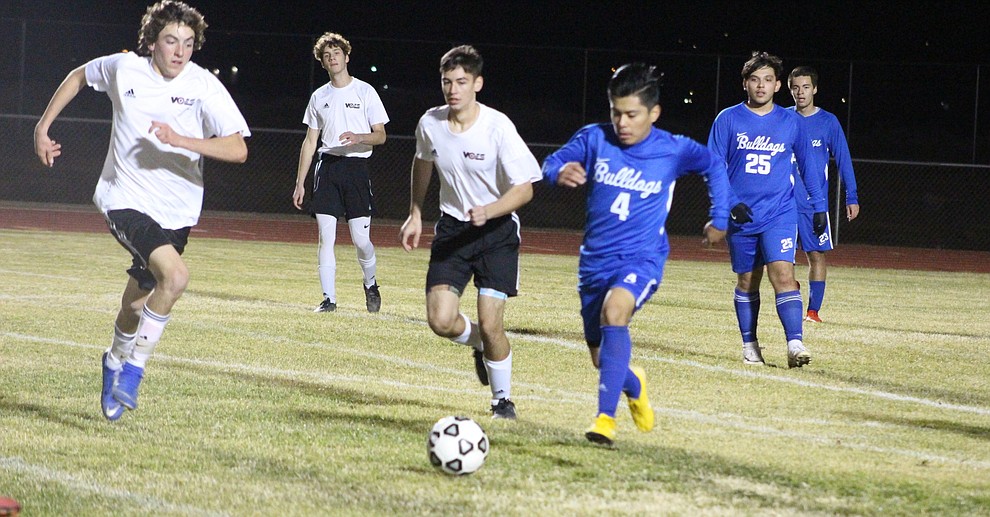 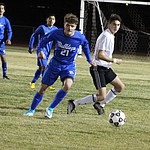 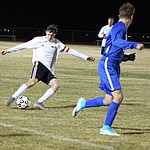 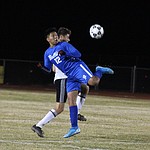 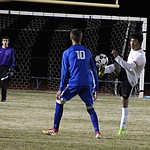 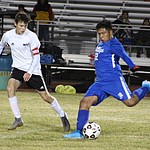 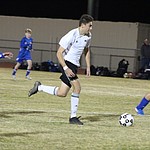 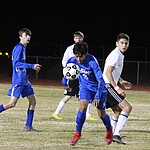 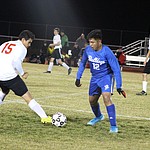 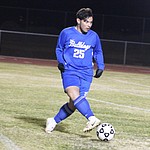 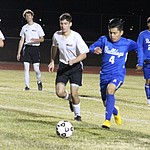 It was a different story in the second half as Gabriel Otero tallied a goal in the 13th minute and then the offense went silent. That changed late in the match though, as Kolby Floyd and TJ Cabonavich scored goals in the final 2:25.

“That’s been a talking point, too,” Bertelsbeck said of sharing the scoring. “We can’t be selfish, we have to give the looks to the guy who is open and get quality shots. There was some selfish play tonight, but for the most part, it was unselfish soccer for our side. I’m happy to see that.”

Lee Williams (1-0) returns to the pitch at 6 p.m. Monday against Marcos de Niza in Tempe, while the Bulldogs (0-2) travel to River Valley at 6 p.m. Thursday.

However, Kingman is already anticipating its rematch with the Vols at 6 p.m. Monday, Jan. 13 at LWHS.

“When we play them in a month, I’m expecting a lot of different results,” Roberts said. “Just as far as physicality and winning 50-50 balls. That’s the main thing because they outplayed us physically and they were dominant on 50-50 balls, unfortunately. But we turned it around at the half, which is a good positive.”

At LWHS, the Lady Vols picked up their second win of the year Tuesday in a 9-1 decision over Kingman.

The second half was all about the young Lady Vols as Natalie Castillo scored her first varsity goal, assisted by Pease.

Cathey notched a goal off a header crossed from Grace Otero. Adriana Leon followed with her first varsity goal, assisted by Cathey.

The final goal, which ended the game early, was scored by Cathey and assisted by Leon on a throw-in.

Cathey finished with four goals and one assist, while Pease added a goal and three assists.