Head of Arizona state troopers got warning for going 90 mph 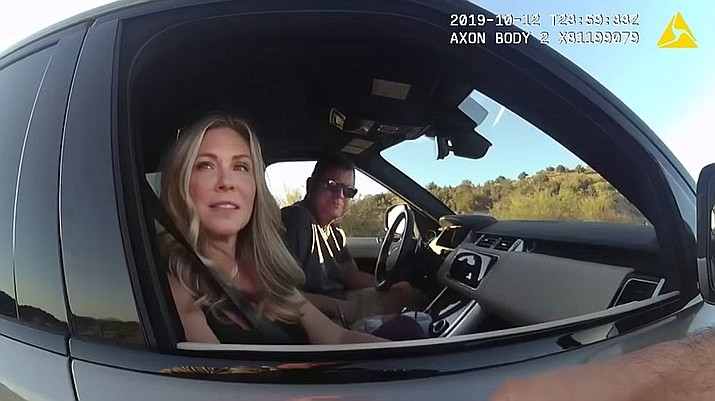 On Oct. 12, 2019, Arizona Department of Public Safety Director Col. Frank Milstead was pulled over for speeding northeast of Camp Verde near Lake Montezuma. He was only given a warning. "The reason why I stopped you is you guys are going about, over 90 mph, weaving through traffic, not using your guys' turn signal," the deputy said on the video. (Image from video released by YCSO)

PHOENIX — The head of Arizona's public safety department has apologized after it was revealed he was pulled over for driving over 90 mph on a state highway nearly two months ago.

Col. Frank Milstead said on Twitter on Wednesday that the incident was regrettable and one "for which I will reflect and learn."

A report by AZFamily.com found that Milstead was driving 90 mph and weaving through traffic without using his turn signals. He was let off with a warning after showing the Yavapai County Sheriff's Office deputy his department ID.

Milstead said police give out warnings in "at least a third" of all traffic stops."

the academy. I provided the deputy with my professional identification. The deputy then conducted a proper records check, after which he allowed me to proceed with an educational warning. Warnings take place on at least a third of all traffic stops conducted by various (3/5)