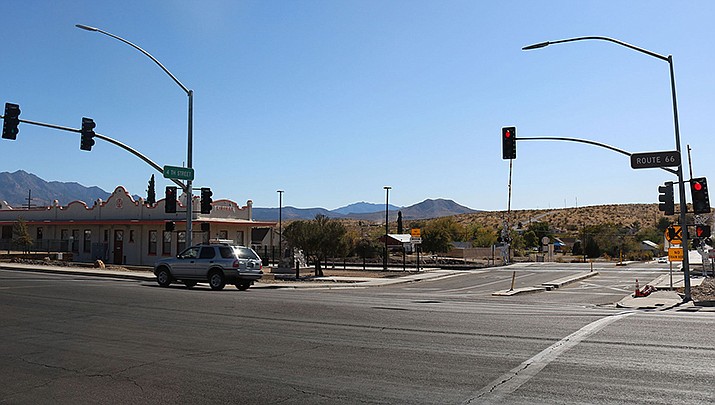 N. Fourth Street in Kingman will be partially closed starting Monday, and N. Third Street will be completely closed, for the beginning of the Andy Devine Avenue ADA improvement project. (Miner file photo)

The project involves the reconstruction of curbs, sidewalks and driveways along Andy Devine Avenue in an effort to improve public access facilities to meet ADA compliance, according to the City. Work will begin Monday at Fourth Street and move west toward Grandview Avenue.

The project is “99% federally funded” through a Community Development Block Grant, the City wrote in its press release. McCauley Construction was awarded the contract for the project. The expected completion date is May 2020.

The City wrote that drivers should expect lane and road closures, and slower speeds through work zones.

Up-to-date street closures can be found on the City of Kingman’s engineering website at https://www.cityofkingman.gov/government/departments/engineering/gis.