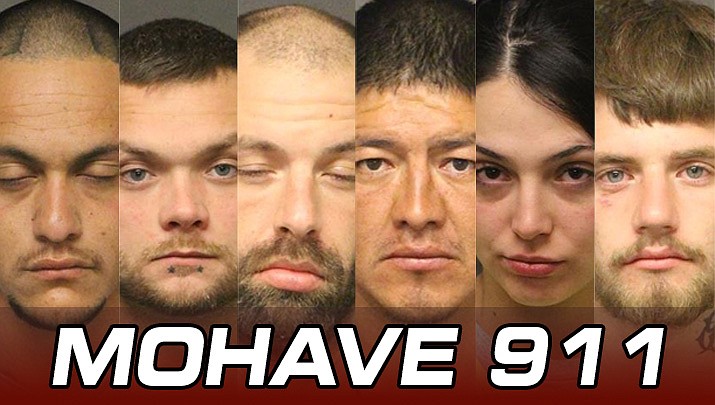 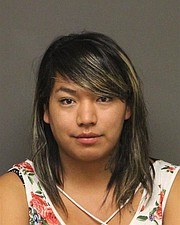 Renfro Babe Cook, 26, of Supai, was arrested on suspicion of felony aggravated DUI on Saturday, Nov. 30 following a breath test that the Mohave County Sheriff’s Office says revealed a blood alcohol content of .202%.

At about 1 a.m., deputies observed a silver truck traveling south on Stockton Hill Road at 47 mph in a 35 mph zone. A traffic stop was conducted, and deputies reported the odor of alcohol coming from the vehicle, driven by Cook.

She was arrested on suspicion of felony aggravated DUI and warrants.

Dimitri Jacob Wise, 18 of Kingman, Nov. 24 after being provided video footage of a man allegedly trying to steal a quad from a fenced-in property. 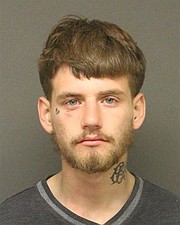 At approximately 11:45 a.m., deputies responded to a residence in the 2100 block of Devlin Avenue in reference to an attempted burglary. The homeowner showed deputies footage of a male subject attempting to steal a quad from within his fenced property.

The homeowner was alerted when he heard his dog barking and observed that the quad, which had previously been parked in the backyard, was now outside the gate and the male subject was walking toward Van Nuys Avenue.

The subject was seen on video wearing a red flannel shirt, shorts and black shoes.

During contact with the homeowner, a male subject was observed down the street matching the suspect’s description. Deputies contacted the man, identified as Wise. When shown a photo from the surveillance camera, Wise reportedly confirmed it was him in the images.

Wise was arrested on suspicion of felony charges of first degree criminal trespassing, third degree burglary and theft of means of transportation; a misdemeanor charge of criminal damage; and an arrest warrant. 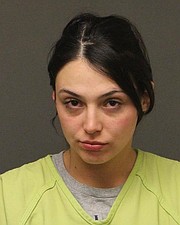 At about 5:45 p.m. Nov. 25, deputies heard screeching tires, looked toward the intersection of Castlerock Road and Mallard Drive, and observed a black sedan attempting to turn onto Mallard Drive when it lost control and collided with the fence on the corner property.

As deputies approached a male subject exited the passenger side door and fled on foot. Deputies approached the vehicle, which according to law enforcement was trying to drive away from the scene, but was stopped because the tires were tangled in the wire fence cables.

The deputy observed a female subject in the driver’s seat attempting to exit the vehicle, but a pole was blocking the driver’s side door from opening. Deputies called medical personnel to evaluate the female, who insisted she was fine and needed to leave.

Deputies identified the woman as Valenzuela, who was reportedly talking very fast and needed several attempts to give the deputy her date. She allegedly admitted to drinking for several hours. She refused to conduct field sobriety tests and was detained.

A breath test allegedly showed a blood alcohol content of .168%.

She was arrested on suspicion of four counts of aggravated DUI and one count of criminal damage, all felonies. 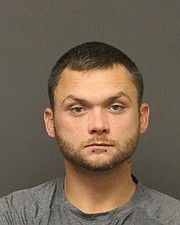 At approximately 8:50 a.m., deputies responded to the 3000 block of E. Ted Lane for an unrelated call for service. Deputies observed a male they knew to be Bercia-Flores, and also knew to be a level 3 registered sex offender. A check revealed Bercia-Flores’s license had a different residential address and deputies contacted the property owner, who advised Bercia- Flores had been kicked out two months prior.

Bercia-Flores never contacted the Sheriff’s Office to register his new address, according to MCSO.

At approximately 6:55 p.m., deputies responded to the 4800 block of Calle Del Media for a non-injury collision. The reporting party advised he heard a crash and found a white pickup truck in his front yard and a male subject standing outside the vehicle. 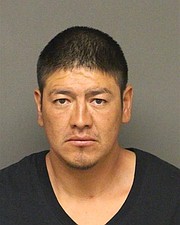 The victim said the subject offered to pay him cash for the damages and then attempted to get into the truck and leave. The victim stepped behind the vehicle to photograph the license plate and stop the vehicle from leaving.

Deputies contacted the subject, identified as Maldonado-Nieves, and reported they could smell the odor of alcohol. Maldonado-Nieves would not answer the deputy’s questions and refused to conduct Field Sobriety Tests on scene, according to law enforcement. He was detained and taken to a nearby hospital, where a search warrant for a blood sample was completed.

A records check revealed a suspended driver’s license. Future charges may be filed pending the Blood Alcohol Content results of the blood sample. 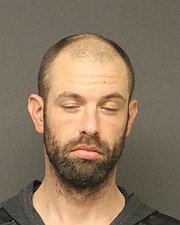 At about 7:40 p.m. Saturday, Nov. 30, Kingman police arrested Corry Scott Johnstone, 36, of Kingman, after being made aware of a suspicious vehicle.

Officers responded to the alley in the 3100 block of Louise Avenue, where a suspicious vehicle was reportedly parked. Officers contacted Johnstone walking in the area, and it was learned he had two warrants for his arrest.

He was found to be in possession of suspected illegal marijuana paraphernalia. Officers reportedly located items in the alley that they believe had come from a home.

Investigators obtained evidence and information that Johnstone was involved in the burglary of a vacant home in the 3100 block of Louise Avenue.


Johnstone, who denied involvement, was arrested on suspicion of felony second-degree burglary and possession of drug paraphernalia, and two misdemeanor warrants. 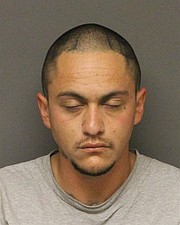 Alejandro Antonio Amaro, 30, of Kingman, was arrested by Kingman Police on Friday, Nov. 29 after a report of a man asleep in his vehicle reportedly led to the discovery of more than 16 grams of suspected methamphetamine.

Officers found Amara asleep behind the wheel of a white Chevrolet truck at Andy Devine and Airway avenues at about 6:15 a.m. Amaro was found to be in possession of more than 16 grams of suspected methamphetamine, a stolen firearm, drug paraphernalia and several cellphones.

He was also determined to be a prohibited possessor of firearms, and based on the evidence allegedly located, officers believe he was “actively involved in the sale of dangerous drugs.”