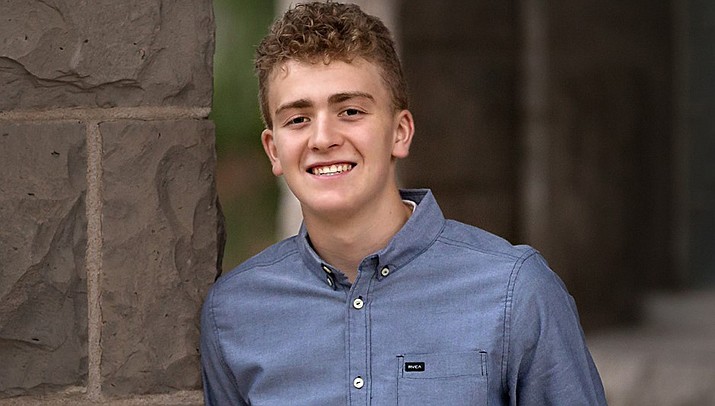 KINGMAN - Connor Alleman, a senior at Kingman Academy High School, was recently selected as the the Kingman Rotary Club’s student Rotarian. Connor was selected because of his high academic integrity, school leadership and service to his community. He exemplifies the Rotary motto of “service above self,” the Rotary Club wrote in a news release.

Connor excels inside and outside of the classroom. He currently holds the class rank of No. 1. He expects to graduate with over 20 college credits and has already been named to the Mohave Community College honor roll.

His school activities include National Honor Society, FBLA and student council. This year he is student body president.

“Connor has made community service a priority,” the news release said. He is active in his church and volunteers as a church basketball referee. He also earned the status of Eagle Scout during his freshman year.

After graduation Alleman plans to serve a two-year mission for his church and then attend a four-year university with a focus on business. He is considering attending BYU, Arizona State University, or Utah State University.

“The Kingman Rotary Club wished Connor the best success and looks forward to watching him on the basketball court this season,” the Rotary Club wrote.