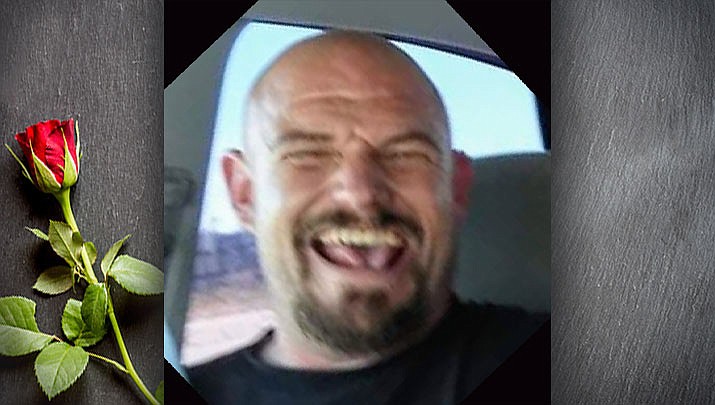 It is with great sadness that we announce the sudden passing of our beloved son, brother, grandson, nephew and friend Teddy Harms. He was reunited with his Family and loved ones in Heaven on Dec. 3.

Edmond “Teddy” Jerald Harms was born to Brian and Sharon Harms on June 19, 1983 at Kingman Regional Medical Center. He was a lifelong resident of Golden Valley and 2002 graduate of Kingman High School where he played football his freshman through junior year.

Teddy was a loving child with a big heart; he gave great hugs and would call his Grandma Sue whenever he saw a rainbow so she could look for it, too. Throughout his life he loved everyone and never met a stranger. He had many lifelong friends that will miss him surfing their couches. Teddy had several jobs when he was younger which made him a Jack of all trades but master of none, his true occupation was “life” and he lived life on his own terms.

Donations to help with funeral expenses would be much appreciated and can be made at National Bank of Arizona in the names of Brian and Sharon Harms. The family would like to invite anyone who would like to honor Teddy to a celebration of life Dec. 13, 2019 from 3 p.m. to 7 p.m. at the Golden Paradise Landowners building located at 5505 W. Hwy 68 in Golden Valley.