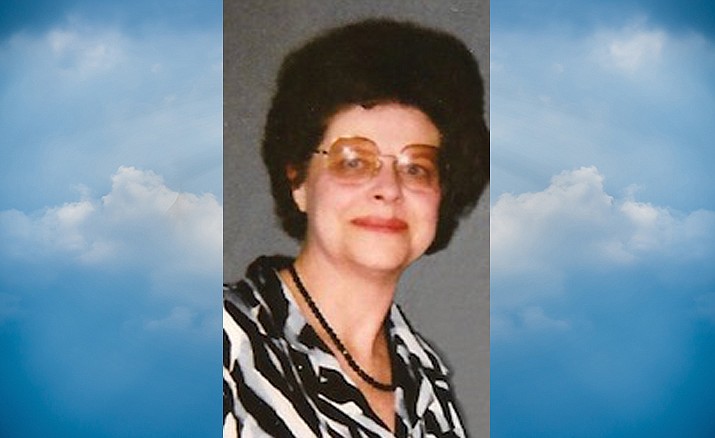 Carol Louise Johnson (Ott) passed away peacefully on Dec. 10, 2019 in Kingman, Arizona. Carol was born in 1939 to Owen and Florence Ott in Lockport, IL. She was a proud graduate of Lockport High School, where she played saxophone in the band.

Carol retired from the Rock Island Arsenal and together with her life partner, Joel Aldredge, moved to Las Vegas, NV. They later settled in Kingman, AZ.

Carol was full of life and always enjoyed music and dancing. It did not surprise anyone when she won third place in a Michael Jackson dance-alike contest in Laughlin, NV - while she was in her 70s! She loved McDonald’s cheeseburgers, adored cats, and had a quick, and sometimes salty, wit.

She is survived by her daughter, Jodi Boyd; a son, John (Zsuzsanna) Boyd; grandchildren, Eric and David Boyd; a brother, Bill (Karen) Ott; two nieces, Cindy (Duane) Radowski, and many dear friends. She was preceded in death by her parents and partner Joel.

No memorial services will be held. Carol’s remains will be spread near Joel’s at a favorite place. Instead of donations please remember Carol by playing disco and dancing with wild abandon!

Family members would like to thank the caring staff at White Cliff’s Memory Care for making her last year so comfortable and fun, and KRMC Hospice for their care.