Those aren’t Christmas lights in the rearview mirror: ‘Judgement is the first thing that goes when people are drinking’ 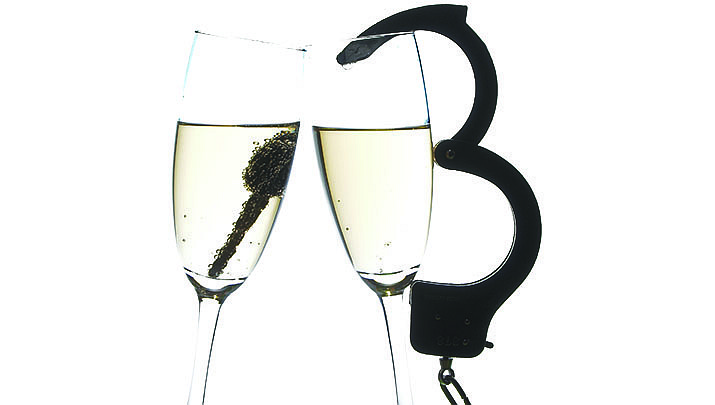 With approximately 285 drunk-driving related fatalities recorded during Christmas 2018 and New Year’s, as reported by the National Highway Traffic Safety Administration, motorists are again reminded to celebrate safely this season.

Those choosing to drive impaired could see the kind of lights that don’t bring feelings of joy and nostalgia: the red and blue of law enforcement.

Deputy Chief Rusty Cooper of the Kingman Police Department said that while law enforcement is always on the lookout for impaired drivers, emphasis is placed on impaired driving enforcement during certain times of the year. That includes St. Patrick’s Day, the Fourth of July, Memorial Day, and, of course, Christmas and New Year’s.

“That’s the idea behind the Governor’s Office of Highway Safety grant, is to put more emphasis on those nights where there’s a higher likelihood of impaired drivers being out and about,” Cooper said.

The Kingman Police Department has been utilizing and will continue to utilize a $20,000 grant from the Arizona Governor’s Office of Highway Safety. Those monies allow KPD to staff up to an additional two officers at times when increased impaired driving is anticipated. Those additional officers will be out and about looking solely for impaired drivers.

“They have these high points throughout the year, and the Governor’s Office of Highway Safety recognizes that and that’s why they have those funds available to help agencies provide enhanced DUI enforcement,” Cooper said of impaired driving and the grant. “We have taken advantage of that grant for at least 15 years.”

Also receiving a grant from the office of highway safety was the Arizona Department of Public Safety in the amount of $601,000. As with KPD, the money will be used to pay law enforcement officers for DUI enforcement details, and for distracted driving enforcement operations and seatbelt enforcement.

“Thanks to the continued support of the GOHS, the Highway Patrol Division will be able to enhance enforcement of distracted driving, seatbelt usage, aggressive driving and DUI, all of which continue to be large factors in injury and fatal collisions,” said Lt. Col. Jenna Mitchell, DPS assistant director, in a news release.

“It allows us to help provide enforcement, which ultimately creates a safer community,” Cooper said.

“My expectation of our officers is if someone’s pulled over and there’s suspicion of being impaired, the officers are expected to conduct a full, thorough investigation,” Cooper said. “If reasonable suspicion arises that they’re impaired, we follow through with the investigation.”

KPD recently wrote of the penalties one could incur if caught driving impaired. They include jail time, thousands of dollars in fines and court fees, suspension of driving privileges and license, vehicle impoundment for at least 30 days and other expenses.

In 2018, Mohave County had 176 alcohol-related crashes which resulted in eight fatalities and 94 injuries, according to Arizona Department of Transportation statistics. Cooper reported that between the Wednesday before Thanksgiving and Thursday, Dec. 26, KPD investigated 15 DUI incidents, eight of which resulted in arrests. The others are still pending lab results, he added.

Cooper said local police want people to enjoy their holidays, and to that end, reminded them to designated a sober driver, use a rideshare service or call a taxi if drinking is planned for the night.

“Judgement is the first thing that goes when people are drinking,” he said, advising people to plan ahead if alcohol could enter the fold.

“Have a blessed and happy New Year free of any injuries or jail time,” Cooper said.

The Kingman Miner reached out to the Mohave County Sheriff’s Office, but received no response by press time Thursday, Dec. 26.