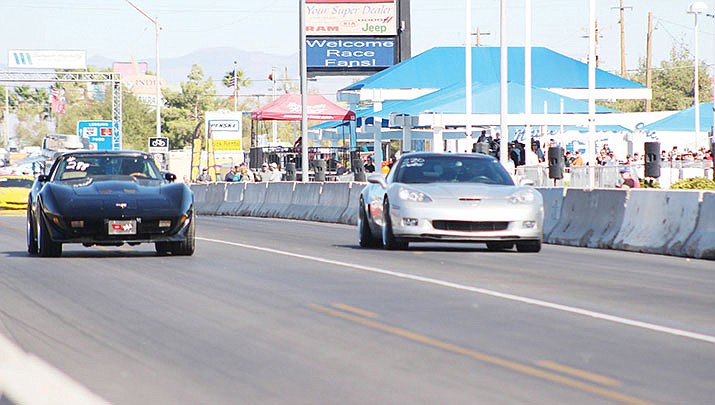 The Kingman Route 66 Street Drags made a triumphant return to town in 2019. (Miner file photo)

From Street Drags to snow storms and water studies to school bonds, there was plenty to write about in Kingman and Mohave County in 2019. The Miner editorial staff narrowed the list down to the 10 top stories of 2019. Numbers 8-10 are below. Numbers 5-8 published on Sunday, Dec. 29, 2019. and numbers 1-4 will be published on Wednesday, Jan. 1, 2020.

For three days in October the sound of revving engines and the smell of burning rubber filled the air as the Kingman Route 66 Street Drags returned to town after an eight-year hiatus.

Hundreds of race cars, trucks and motorcycles drew thousands of fans and gave the local economy a boost.

The increased hotel revenue alone for the weekend was estimated at $80,000. “Occupancy in Kingman hotels increased 21% for the nights of the street drags,” promoter Brian Devincenzi said after the event.

The Street Drags also gave local gearheads an affordable weekend to remember, as cars went from 0-60 mph in the blink of an eye on a road posted for 35 mph. Admission cost just $35 for a three-day pass.

There were a few complaints about noise and detours. They shut down Andy Devine Avenue, aka historic Route 66, for days to accommodate the drag races.

But in the end, after the last hole shot was in the books, the promoters and city officials agreed the event was a success, and worthy of a repeat in 2020.

“We as a city put our best foot forward,” said Devincenzi, who is a Kingman resident.

The Street Drags drew competitors from Arizona, California, Utah and Montana, and from as far away as Florida. 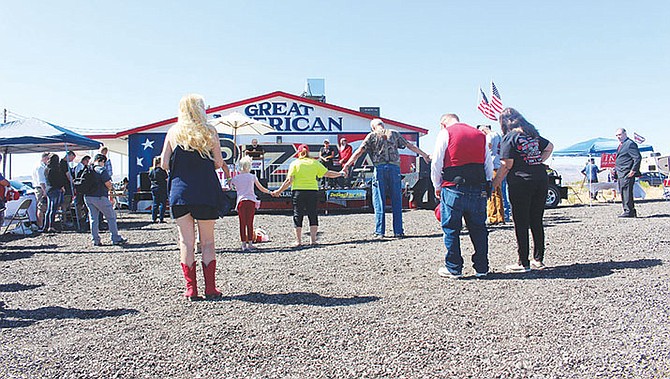 Trumpstock was a President Donald Trump-centered festival that Laurie Bezick, an Illinois transplant, tried to pull off in Kingman.

This “celebration of the joy of being American” was to be held at the Mohave County Fairgrounds the weekend of Oct. 4, and organizers were planning for big crowds. Numerous conservative politicians and political candidates promised to attend; there were VIP passes prepared for the first 100 people; RV spots were to be provided, and a program to fill three days was planned.

But just a day before the event, a road block arose.

Citing a lack of security, the City of Kingman denied a permit and Trumpstock was rapidly relocated to Great American Pizza & Subs, a family restaurant in Golden Valley, an unincorporated part of Mohave County about 15 miles from Kingman. And, Trumpfest was reduced from the planned three days to just one.

The relocation played a role in reducing what was planned as a large three-day festival to what was more like a family gathering. The number of visitors never surpassed 50 at any one time. U.S. Rep. Paul Gosar (R-Prescott) was the only major politician who showed up.

Other speakers included Avid J. Harris Jr., a black conservative from Texas; Alexandra Levine, who represented “Jews for Trump;” and Marco Gutierrez, the founder of Latinos for Trump, who said the spread of Latino culture in the U.S, if not stopped, will lead to “taco trucks on every corner.”

Trumpfest prompted a discussion by Mohave County officials about the possible need for special event permits, but no action was taken. 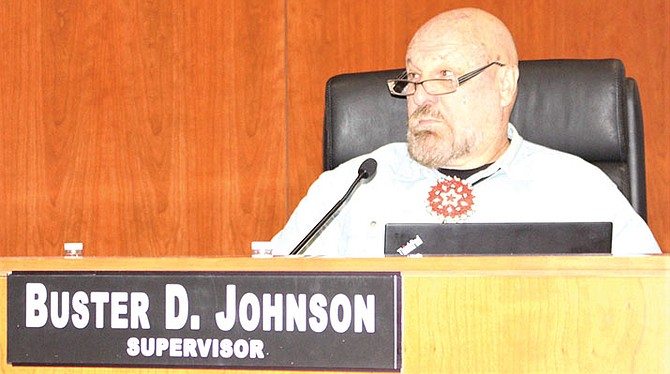 In October, the U.S. House of Representatives approved a bill that would prohibit new uranium mines on about 1 million acres of public lands around the Grand Canyon, making a 2012 ban permanent.

The effort, now stalled in the U.S. Senate, was vigorously opposed by the Mohave County Board of Supervisors and Congressman Paul Gosar (R-Prescott), favor restarting uranium mining in Mohave County, estimating profits in the billions of dollars.

Market-driven uranium mining ceased in the U.S. decades ago, with domestic producers unable to compete with bigger, international uranium importers.

But in late November, Supervisor Buster Johnson of District 3 expressed his excitement over the Trump administration’s canceling one of four sanctions waivers that had allowed foreign companies to work with Iran’s civilian nuclear program.

That, according to Johnson, is a step towards bringing uranium mining back to the U.S. and Mohave County. The hope is that the Trump administration will mandate that uranium be produced domestically.

“What might save us is if Trump mandates that we buy domestic uranium,” Johnson said, claiming modern mining technologies are safe to the environment.

The nuclear energy industry is pushing the Trump administration to allow more domestic uranium mining, citing national security concerns. The same argument was used earlier this year to add uranium to a list of critical minerals.

On Dec. 19, Sen. Kyrsten Sinema introduced the Grand Canyon Centennial Protection Act legislation at the U.S. Senate, where it was read twice and referred to the Committee on Energy and Natural Resources.