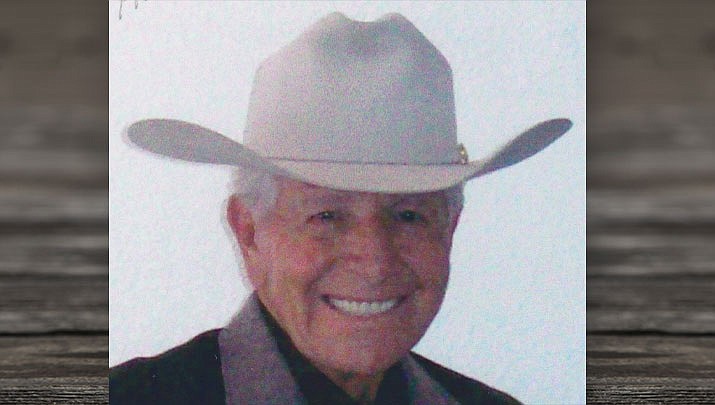 Harry Herman, a long-time resident of Bullhead City and Kingman, passed away on Saturday, Dec. 7, 2019 peacefully at home with family and loved ones by his side. He was born Feb. 14, 1930 in Philadelphia, Pennsylvania.

Harry and his family moved to Bullhead City in 1957. He was a man of many talents. From being a working cowboy (He loved sharing stories of his past of working on the ranch in South Dakota – he always dreamed of going back,) to being a school bus driver, artist, architect, as well as a major player in the building of Bullhead City and Holiday Shores. He designed many commercial and residential buildings in the area. He was in charge of the Parks and Recreation/Road Department for the City of Bullhead until his retirement. Harry was the last survivor of the original U.S. Airforce Thunderbird Team 1953-1955.

He was preceded in death by his beloved wife; Vivian, daughter; Phyllis, parents; Lillian Herman Rudolph and Harry Herman, sisters; Grace and Marion and brother; George.

He is survived by his daughter; Hazel Swan, companion; Jackie Towell, sisters; Shirley and Lillian, five grandchildren and one great-great grandchild.

He will be truly missed, but we know he is on his favorite horse riding those South Dakota plains he loved so much.

Interment will be at a future date at Desert Lawn Cemetery. Donation in his memory can be sent to: