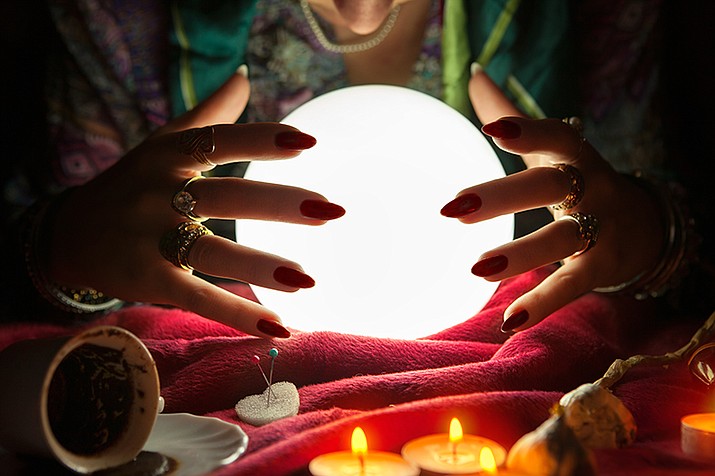 Some of the problems facing the world today were easily seen years ago. (Adobe Images)

Does it really take a crystal ball to see the future? Personally, I have both anticipated and shared what I thought was a likely outcome in many situations.

Fifty years ago, I saw a problem with illegal immigration as I would often see folks running through yards in the darkness. Also, when I visited the beach in South San Diego, we would often see groups of what we assumed were immigrants, coming in from the other side of our border. No one seemed to give it much thought.

Twenty years ago I wrote to my local newspaper about what I thought was a problem with overprescribing opiates. Twenty years or so ago I shared my concerns over how police training had changed. Suddenly, it was 10 or so officers yelling commands to people and behaving like an army of soldiers, while their vehicles clearly said, "To protect and serve."

Twenty or thirty years ago, I became a bit concerned over the changes going on in public schools. No more room-mothers helping out in the classroom. Less and less was being provided by the school system in the way of supplies.

I remember when people went to jail if they were found to have marijuana residue on their person. Those who sold it could likely get five years in prison. I remember thinking that someday, in my lifetime, marijuana would become legal.

I remember thinking as I used the last of our saccharin tablets in a cup of coffee, how whoever convinced people it was a cancer-causing agent would come up with something NEW to takes its place.

As I have watched our world evolve in so many ways, I wonder. Was I the only one who saw it coming? I lived through the years of Thalidomide babies born with missing arms and legs. Even way back then, I knew the doctors and pharmacies had done something terribly wrong.

I believe that after I am gone, they will figure out what is causing the 600 percent increase in autism. The only difference I see from what we did 20 years ago, is the excessive use of ultra-sounds and immunizations. I remember mentioning to someone many years ago that I believed there was a connection between those who abuse animals as children and serial killers. I believed that a lack of empathy exists in some people, from childhood on. Many years later the FBI decided there was indeed a connection.

I always hoped I would live long enough to see animal abuse become a felony in all states. Looks like that one will actually become real.

I hope to live long enough to see puppy mills put out of business by requiring licenses and a 1099 tax form.

I probably won't see where they have made use of those navy ships deemed too old for practical use and are sitting in dry dock by turning them into jails for short term, low level offenders. This would cut down on early releases due to overcrowding.

I probably won't see when the government figures out that the Food and Drug Administration is far too large and needs to be separated into two separate agencies. The people who give the "go ahead" to new drugs should not be the same people who are checking the safety of our lettuce! We already know that they have failed miserably in both areas. Just the number of medications that were approved and clearly should never have been on the market proves that.

I just MAY live long enough to see that Medicaid has realized when everything is free, it is always abused. A fee of $5 for a visit to the doctor just MIGHT cut down on the overuse by both patients and doctors, while still giving decent medical care to the poor.

I clearly remember having a conversation with my family while watching a news item about wild horses. They were so overpopulated that some were actually starving. I knew they were tracking these horses and where they were located.

I said to my family, “If they can get close enough to track and follow these beautiful animals, how much harder could it be to hit them with some kind of birth control?"

What if they came up with a magic dart of some kind that would render them sterile for a long period? Low and behold, I recently saw on the news where they have started to do just that!

No, I do not have a crystal ball. I don't know for sure that anything else will change. But alas, I have to wonder.

Do other people have such thoughts, or is it just me?

Thankful for today's marvels, but oh, so thankful for memories
Lighting a candle for Dad brings a smile from the memories
It's hard to keep up with technology these days
Marvin's Window: Homeless problem rooted in mental illness
Community View: Opioid addiction isn’t just a ‘drug addict’ problem
Event Calendar