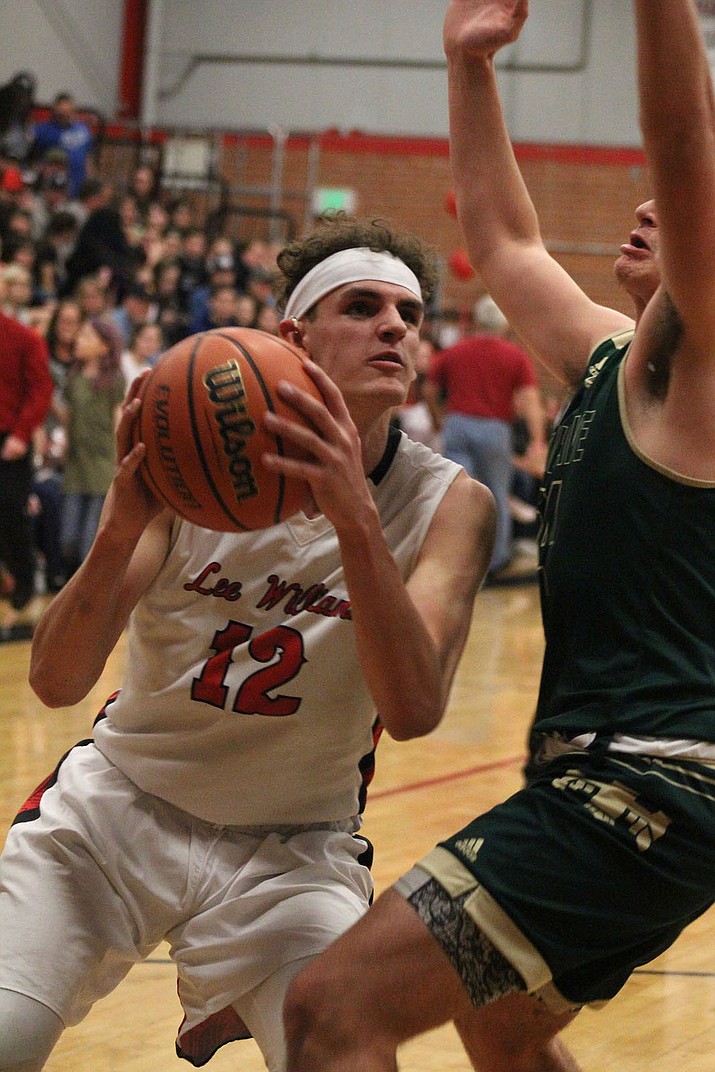 Diego Narvarte finished with eight points Friday night as the Vols won their fifth straight in a 56-33 win over Mohave. (Photo by Beau Bearden/Daily Miner)

The Lee Williams High School boys basketball team made sure the annual Silent Night contest lived up to the hype as the Vols quickly scored their 11th point on the way to a 56-33 victory over Mohave. 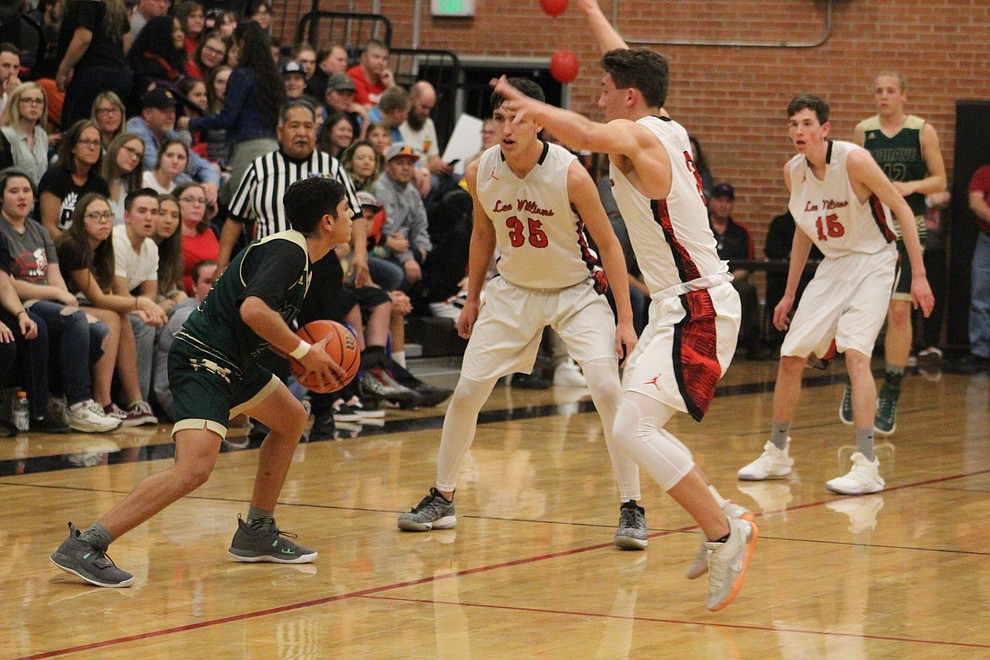 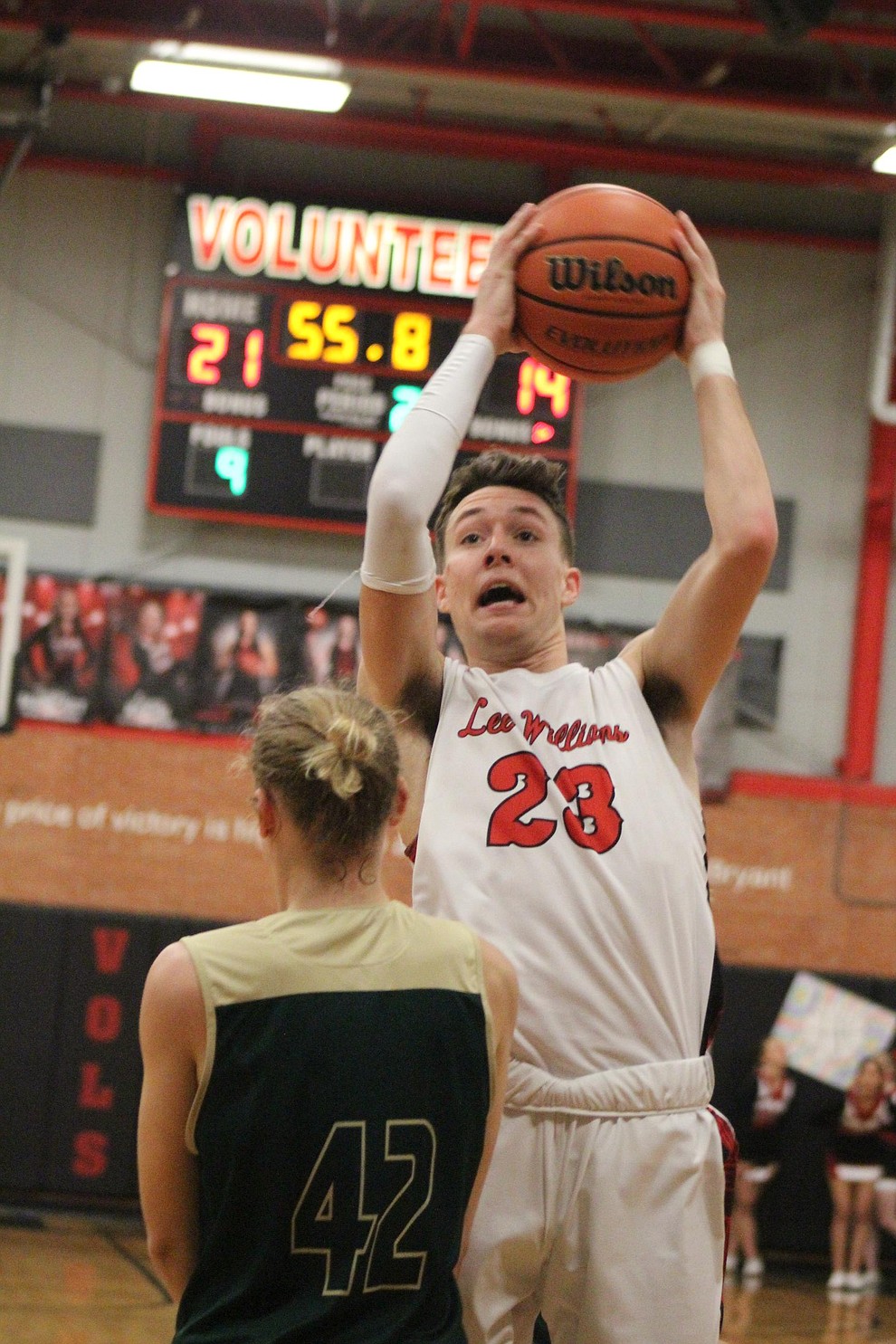 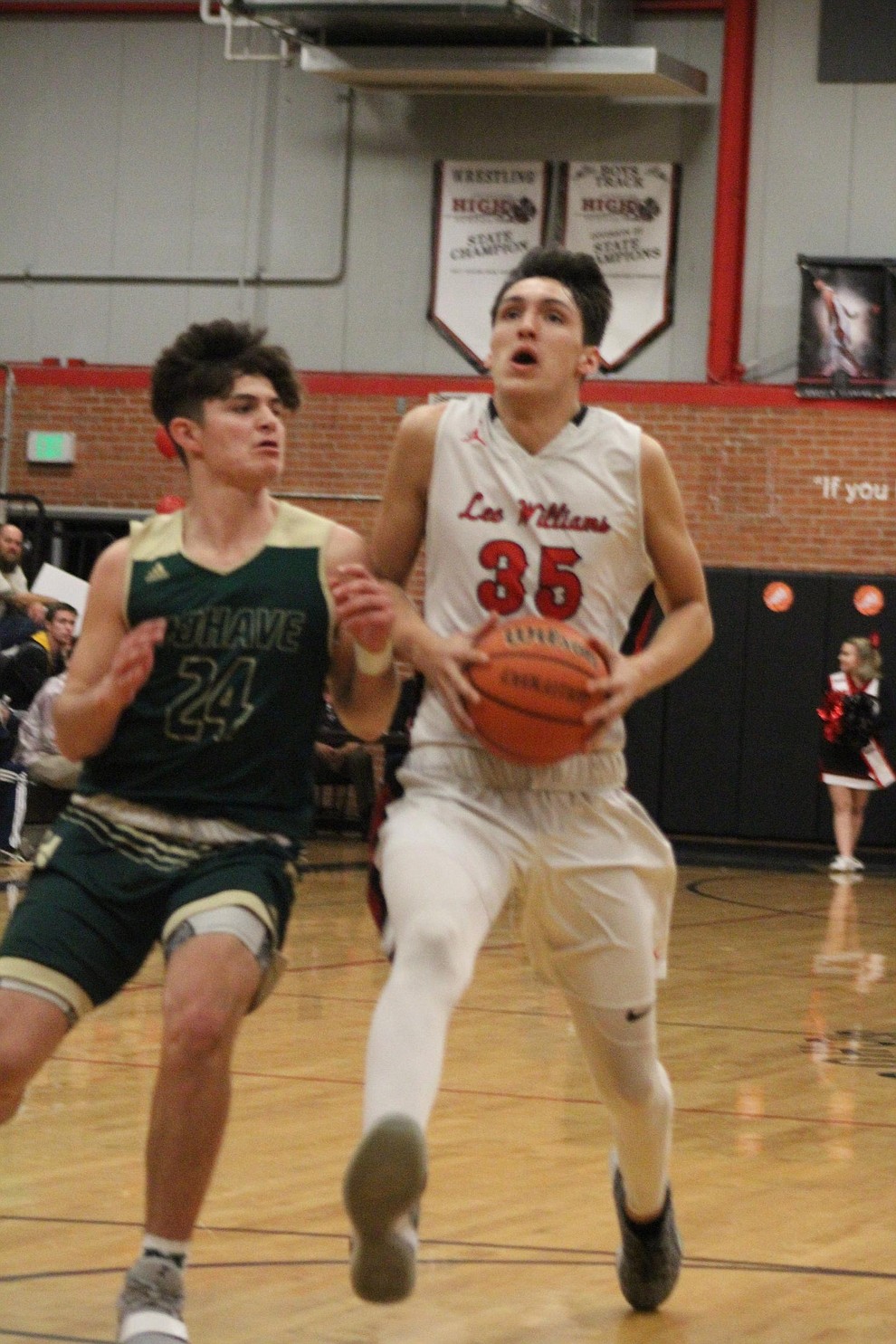 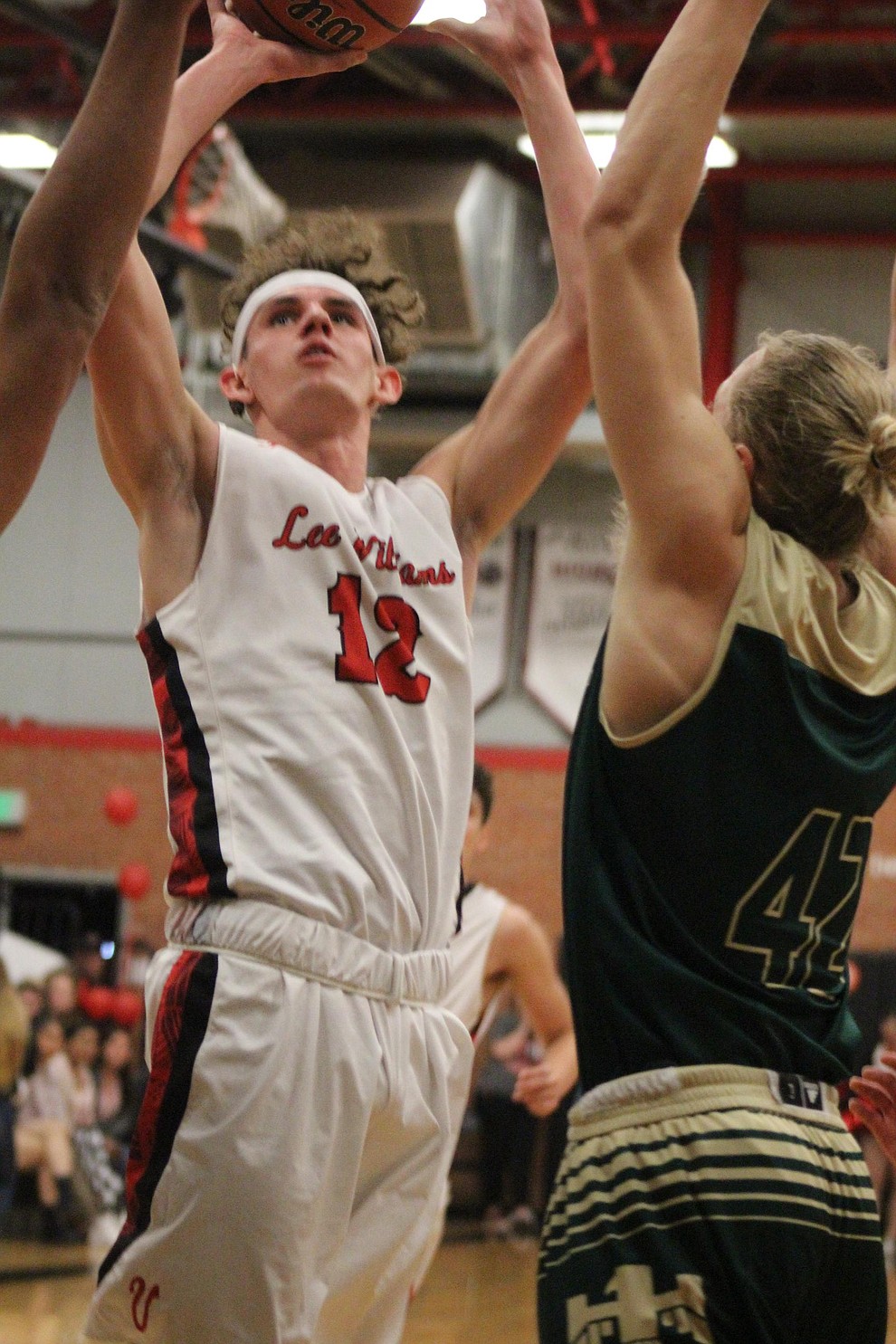 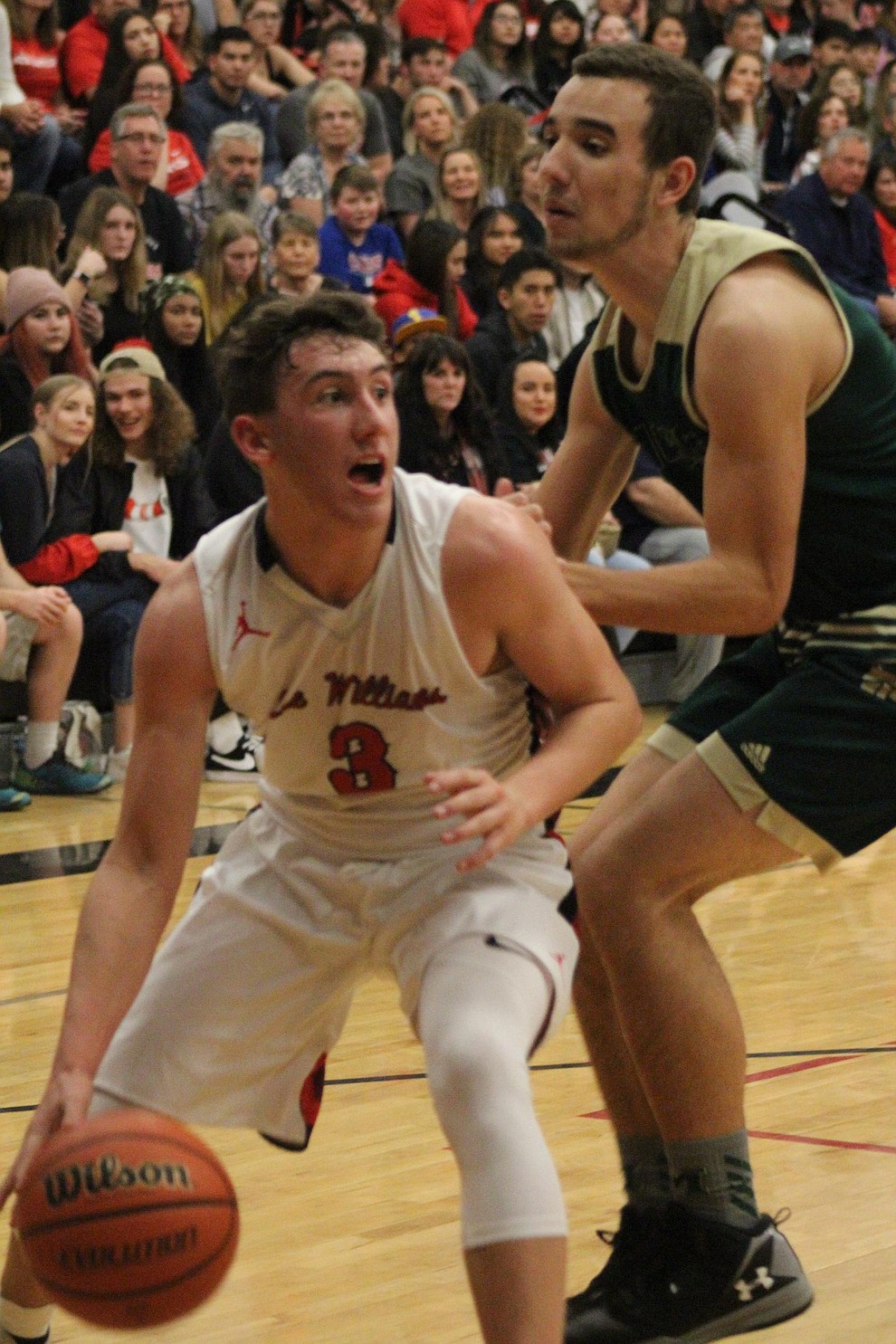 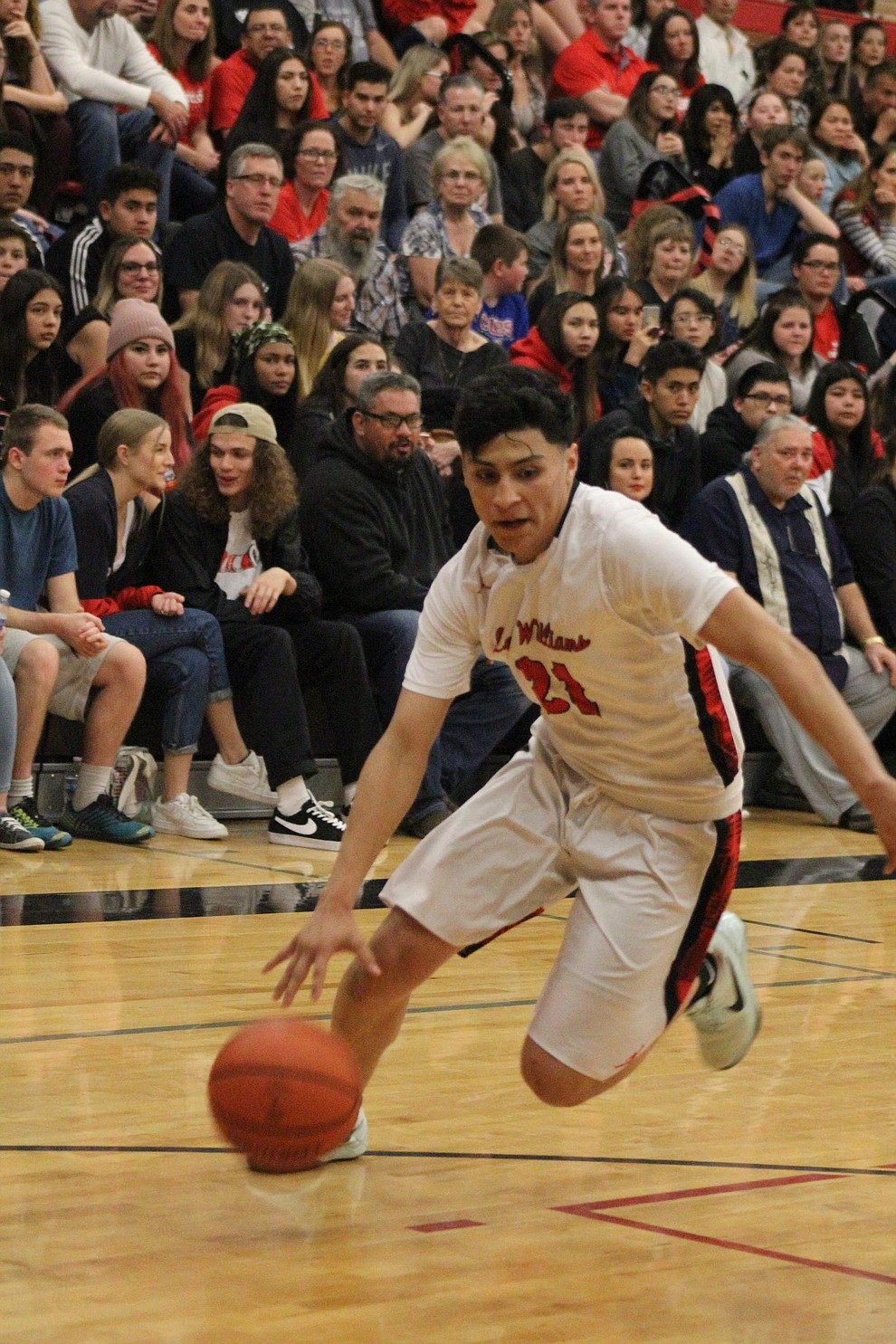 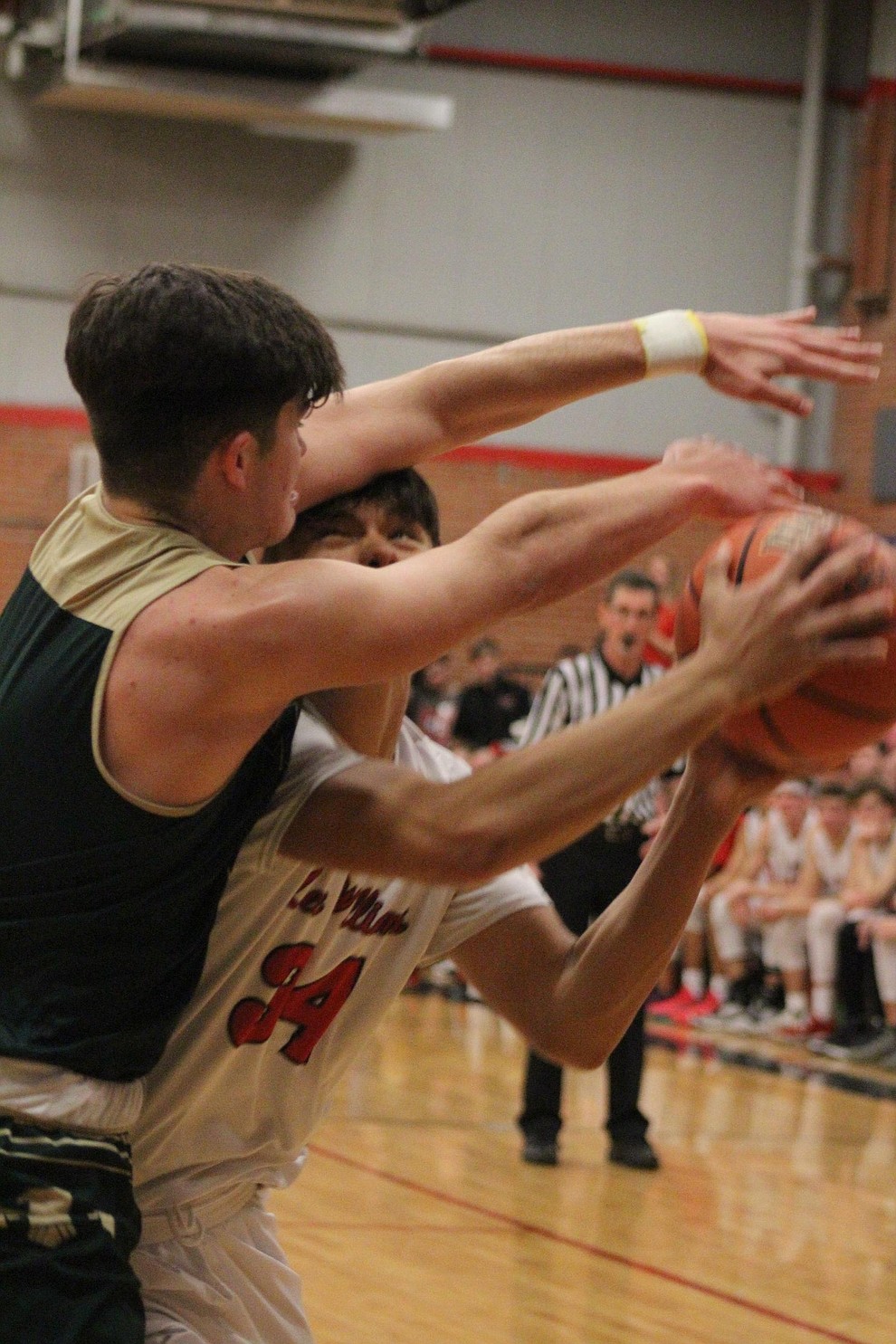 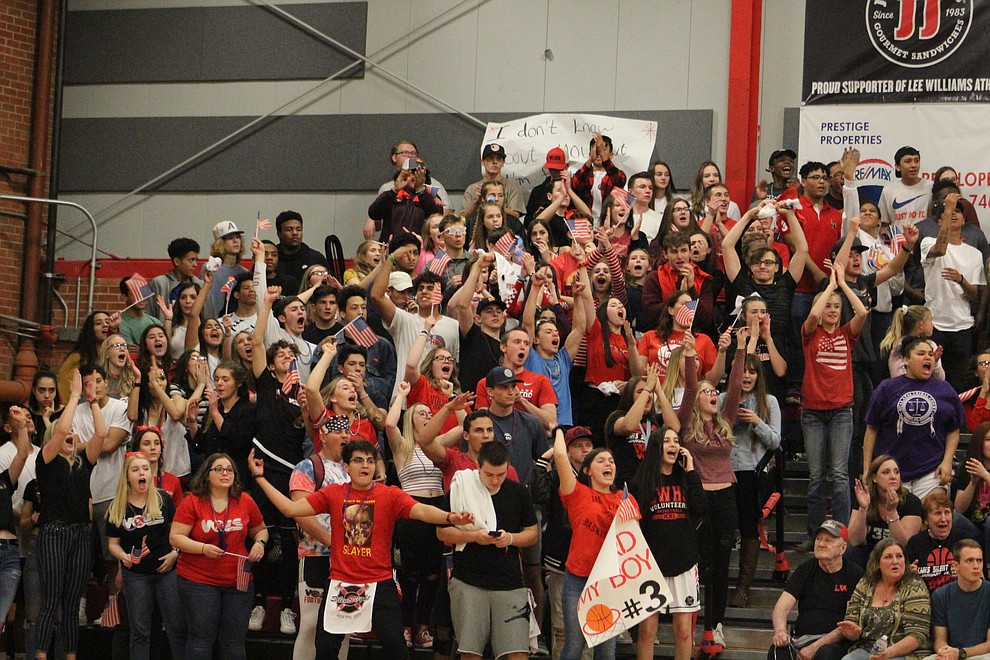 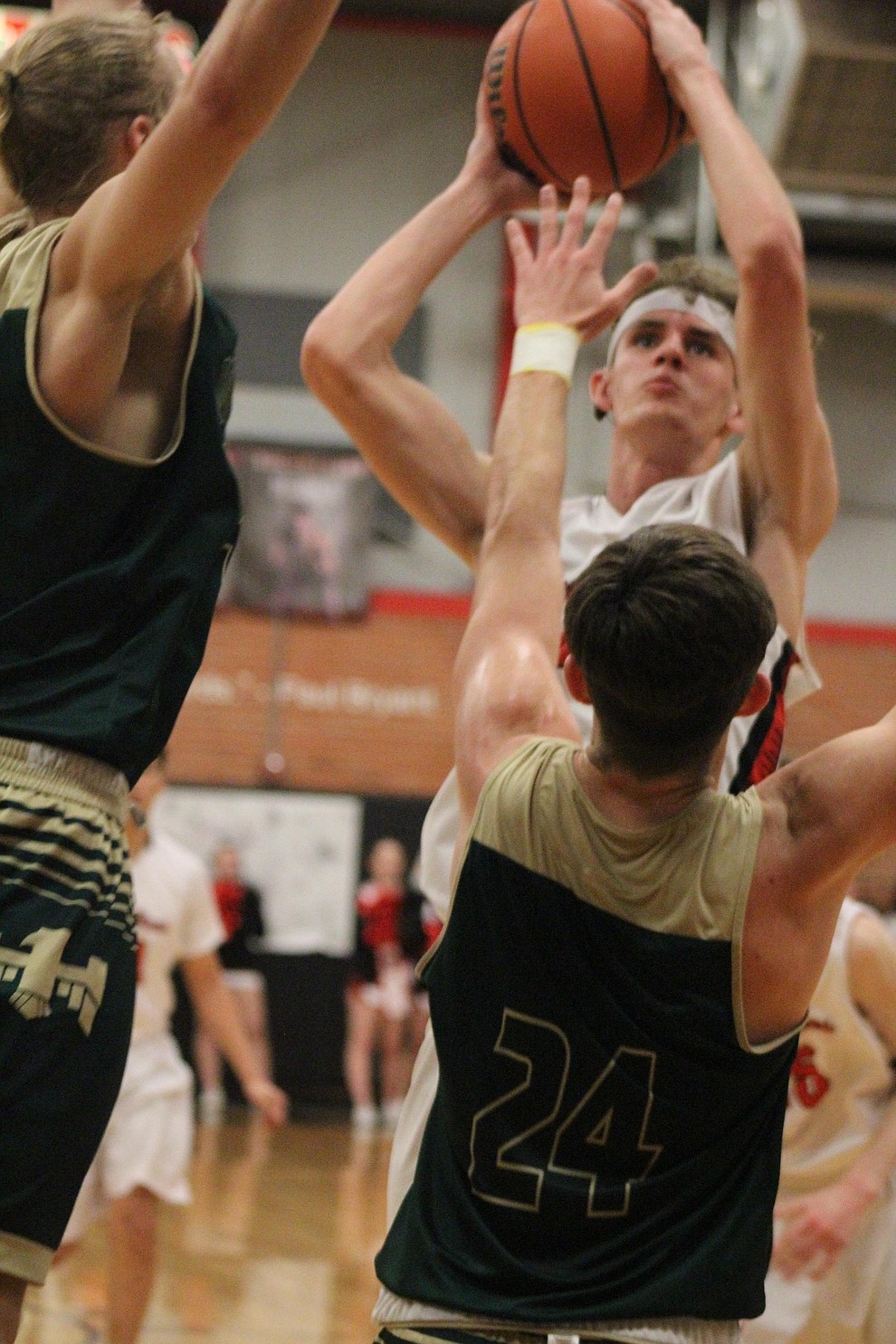 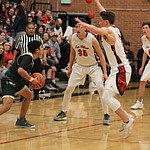 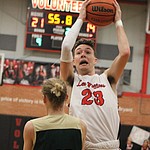 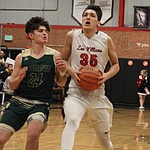 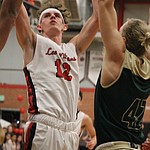 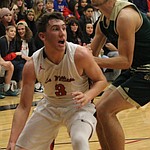 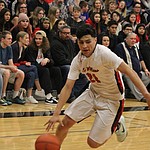 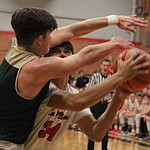 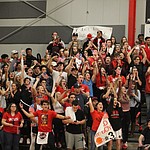 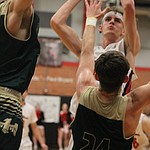 “I forgot that we had to get the 11 points,” senior Aaron Santos said. “We just played our game. It was insane – it took like a minute.”

It may have taken a little longer than that – closer to a minute and a half – but that didn’t take away from the atmosphere following Lee Williams’ 11th point of the evening.

Kade Juelfs did the honors as the junior nailed a 3-pointer right in front of the student section to send the gym into a frenzy.

And the crowd kept up that intensity for all four quarters to propel the Vols to their fifth straight win.

“This is the type of game that I feel like they’re going to remember for a while,” said Lee Williams head coach Cain Atkinson. “We’ve never won a Silent Night game before. They’re excited – this is special to them.”

The Vols hope there are more special games ahead, especially ones that are in the 4A State Tournament.

Lee Williams played its final regular season home game Friday, but could likely have at least one more. In order for that to happen the No. 15 ranked Vols (14-3, 9-2 4A Grand Canyon Regoin) need to take care of business at 7 p.m. Tuesday on the road against 19th-ranked Mingus (10-6, 7-3).

“Our guys are very focused,” Atkinson said. “They’re very excited about tonight, but we’re not settling. They’re not going to lose focus. We’re ready for Mingus. We know Mingus is going to try to get one on us, especially with us beating them the first time. But we’re ready to go and we’re going to do our best to try to win.”

A winning formula was on full display Friday as nine different Vols finished with at least one point and all 12 players saw action in the game.

Aaron Santos led the way with 14 points, while AJ Herrera scored 10 and the duo of Diego Narvarte and Drew Cardiff each tallied eight points.

Lee Williams led 22-16 at halftime and used a 12-0 run in the third quarter to take a 36-17 advantage with 3:14 remaining. That gave the Vols a comfortable cushion and now they’ll look to clinch a region title Tuesday night.

“For us to have a hope of getting a home state game and having the hope of being region champs – these were our goals to start the season and we see that goal in reach,” Atkinson said. “We just have to continue to get better and continue to win.”