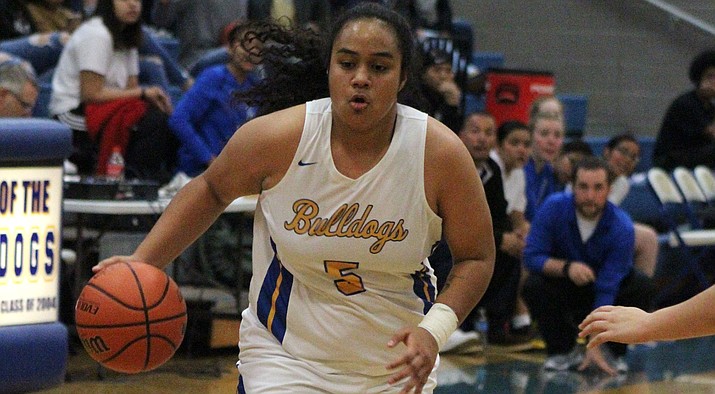 KINGMAN – The special season continued Friday night as the Kingman High School girls basketball team knocked off River Valley 44-33 for its eighth win in the 3A West Region.

Kingman took a 15-5 lead after the first quarter and extended that advantage to 24-8 at halftime.

The Lady Bulldogs were in control entering the fourth with a 35-16 lead, but the 35th-ranked Lady Dust Devils used a 17-point quarter to close the gap.

At River Valley, the Bulldogs were on the brink of their first region victory but couldn’t finish the job in a 55-49 setback to the Dust Devils.

At LWHS, the Vols couldn’t cap the regular season a high note Friday as they dropped a 2-1 loss to Mingus.

No. 28 ranked Lee Williams finishes the year with a 6-6 overall record and a 2-4 mark in the 4A Grand Canyon Region.

The Vols will look to a new group next season as they graduate seven seniors.