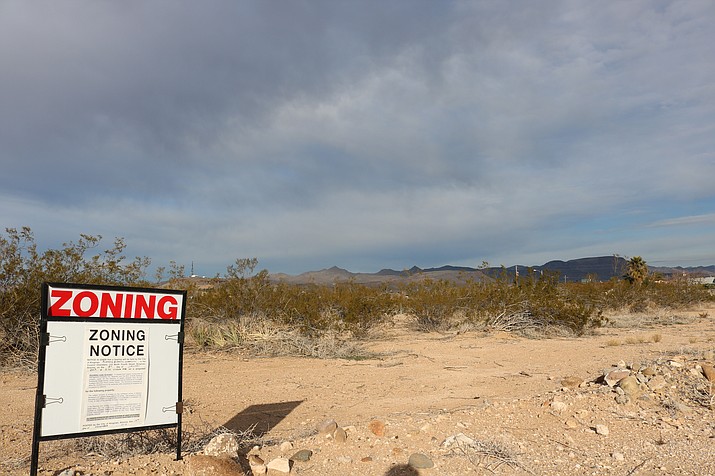 There will be multiple public hearings held at Tuesday’s Council meeting, two of which pertain to possible rezones. (Daily Miner file photo)

KINGMAN – Here are some items of interest included on the agenda for City Council’s next meeting set for 5:30 p.m. Tuesday at the Mohave County Administration Building, 700 W. Beale St.

In work session, Council will hear a legislative update, the Kingman Fire Department annual performance report, and will receive a presentation on the Kingman Economic Development Strategy Plan.

Kingman’s economic development strategy, prepared by Chabin Concepts Inc., has been reviewed by the Economic Development Advisory Commission. Approval of that strategy will be considered under new business.

Multiple items relating to Sunbelt Development are included on the agenda. Council will consider accepting a deed of dedication for a parcel on Airway Avenue. The Parcel would be used to improve drainage in the area and for future road widening and improvements.

The City has also received a grant of public utility easement for three parcels on Airway Avenue owned by Bill Lenhart of Sunbelt Development. UniSource Energy Services has approached the City regarding installation of facilities on Airway Avenue for future expansion into the area.

Council will consider approval of an emergency land purchase. The Downtown Sewer Outfall Line Relocation Project requires the purchase of right-of-way to allow realignment and removal of the existing sewer line. City personnel were the winning bidders at a Mohave County public auction. Cost to the City is slightly more than $62,000.

Plans for widening Eastern Street between Pasadena and Airway avenues are finalized. Those plans require 55 square feet of additional right-of-way at the Central Street and Kenwood Avenue intersection. If acceptance of the right-of-way deed of dedication is approved, the fiscal impact to the City would be about $3,075.

Council could sign off on an amendment to its design contract with AECOM Technical Services for Kingman Crossing Boulevard. The initial design was for a four-lane roadway, but following direction from Council, the new design will have two traffic lanes between Louise and Airfield avenues. The redesign will cost nearly $40,000, which will come from the I-11 East Kingman Connection fund. The lane reduction is expected to reduce construction costs by $1.3 million.

There will be three public hearings at Tuesday’s meeting, the first of which relates to exempting accessory structures constructed with metal buildings from meeting the City’s roof-pitch standard. The Planning and Zoning Commission at its December meeting unanimously approved the exemption.

The next public hearing is on a rezone application for property located on Slaughterhouse Canyon Road. The property is on the west side of south Slaughterhouse Canyon Road, south of Mission Boulevard. Granite Bluffs II, zoned R-1-10, lies to the west and Canyon Bluffs II, zoned R-1-6, is to the east. The property is currently zoned R-1-10, but applicant Kathy Tackett-Hicks of KTH Consulting has applied to rezone the property to R-1-6 to allow for an approximate 47-lot subdivision. The Planning and Zoning Commission has unanimously recommended denial of the rezone application.

The last public hearing is in regards to a rezone request for a 5-acre property on the northwest corner of Mission Boulevard and Jackson Street from residential single family 10,000-square-foot minimum to C-2-HMR Hualapai Mountain Road Overlay District. It would allow for the development of 49 residential units for veteran occupancy. The Planning and Zoning Commission voted unanimously to approve the rezone.

Under department reports, Council will hear an update on the Northern Arizona Consolidated Fire District management services proposal. NACFD voted 5-0 at its last meeting to begin negotiations with the City for an intergovernmental agreement for management services.