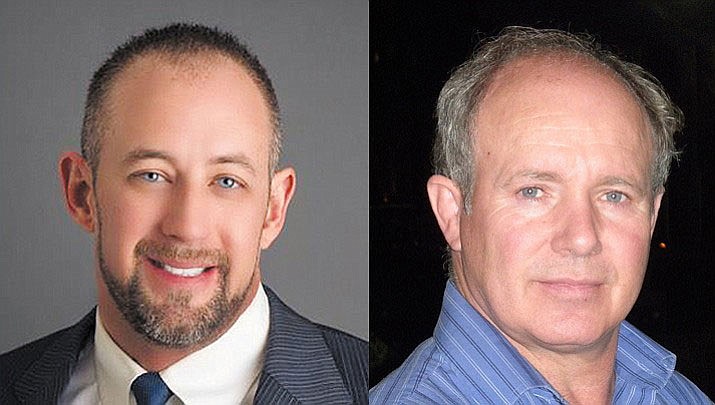 KINGMAN – Kingman Citizens for Honesty, Accountability and Transparency, the political action committee leading the recall effort for Vice Mayor Travis Lingenfelter, has retained legal representation in light of the City providing inaccurate information regarding required signatures for the recall.

In a letter sent via email to City Clerk Sydney Muhle on Monday, K-CHAT’s attorney Roopali Desai said the recent letter declaring the necessary number of signatures to be 1,946 is “just the latest in a series of missteps by the City in its handling of the Lingenfelter Recall specifically, and City elections more generally,” Desai wrote.

The PAC was originally told by the City back in October that 410 signatures were required by Feb. 25. Just last week, K-CHAT was informed that the original number was incorrect, and that the appropriate calculation requires 1,946 signatures, still by Feb. 25.

In a press release issued Jan. 31, the PAC’s chairman, Steve Robinson, wrote that two days prior to being told the necessary number of signatures was 1,946, the committee’s treasurer, Kristi Turman, was told by Muhle that the correct number was 1,305. Robinson wrote that 1,305 figure was what he expected when he picked up the recall packet in October.

“As the Chair of Kingman Citizens for ‘Honesty’, ‘Accountability’ and ‘Transparency,’ he should have done the right thing and challenged the incorrect count last October,” the vice mayor wrote, referencing that Robinson had “publically stated” he knew the count was wrong.

“Like many grassroots groups exercising their constitutional right to hold elected officials responsible, the Committee did not have the benefit of legal counsel when its efforts began, and thus understandably relied on information provided by the City’s chief elections officer. That this information was off by a factor of more than three is inexplicable and unacceptable,” Desai wrote.

She also said that it was Lingenfelter who was the driving force behind the new count of 1,946. Desai called that an “inappropriate direct involvement with City staff” that should not be deemed acceptable.

Desai then claims the City’s new count of 1,946 is also incorrect, and that the court case referenced to justify that number, Tellez V. Superior Court, 104 Ariz. 169, should not have been used to do so. Desai wrote that per the Arizona Constitution, recalls are for the benefit of the public and so courts should “construe the language liberally in favor of permitting recall elections,” she said in citing the constitution.

But in a Facebook post Tuesday afternoon, Lingenfelter wrote they “conveniently” leave out a point of interest from that case, which says that the purpose of the petition procedure is to avoid the expense of a recall election by ensuring there is significant voter interest in the recall.

He also said the City, with guidance from the Arizona League of Cities and Towns, appropriately cited the Tellez case, which he said is “about the rights of the citizens to vote and for their votes to count for something.”

Lingenfelter said those votes still count in the process even if they weren’t cast for eligible candidates.

Desai said the 1,946 number is based on the total votes cast in the 2016 general election for Council positions, rather than votes cast for candidates for those positions.

When the latter is applied, the correct number of signatures required should be 1,305, she said, adding that the official canvas from the 2016 general election only included two candidates.

“Yet the City reached a different (and incorrect) result by using the total number of votes cast in the 2016 general election, which includes 107 write-in votes when there was no valid write-in candidate, and 5,023 votes for a candidate (Gary Rucker) who withdrew before the election and thus was not a ‘candidate’ in any form on election day,” Desai said.

The letter then states that K-CHAT demands retraction of the letter declaring the necessary number of signatures to be 1,946, and that the City states the correct figure is 1,305.

“The Committee sincerely hopes that litigation does not become necessary to resolve this issue,” Desai writes toward the end of the letter.