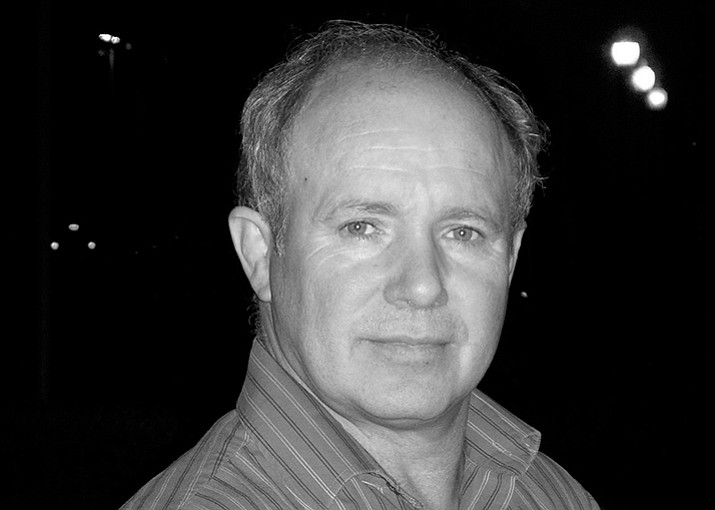 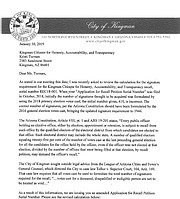 On Jan. 30, Kristi Turman (Recall signer) and I met with City Clerk Sydney Muhle and Attorney Carl Cooper and listened to their explanation why the signature requirement changed. After a heartfelt apology, Sydney admitted the 2016 General Election, not 2018 Primary, determines the correct number of signatures. Muhle provided an official letter giving the new number, plus emails from Vice Mayor Travis Lingenfelter that instigated recalculation. Cooper provided two court cases to justify the higher number. They are right about the election; wrong about the number.

Lingenfelter started emailing them Thursday morning; by Monday he was interpreting state statutes to Cooper! Lingenfelter demanded Muhle use his calculations for the recall directed at him. After approving the application requiring 410 signatures last October, Muhle told Turman the count was 1,305 on Monday. According to Lingenfelter that number was too low; he insulted Sydney writing, “I’d like to … meet with you … to do the simple math.”

Lingenfelter wrote, “The Legislature understood that recalls overturn the democratic determination of the voters, and so they require strict compliance with statute. Statute state [sic] recognizes that all voters who went to the polls should have their votes counted. Statute clearly says all votes cast at the last preceding general election.”

After those emails, Cooper and Muhle changed their minds stating the number quintupled to an incredible 1,946, 60 percent of votes he received. That’s because Lingenfelter demanded they count Gary Rucker’s votes (who withdrew) and write-in votes for non-candidates (Mickey Mouse etc.), to justify his number. Obligingly, Cooper contacted the League of Arizona Cities and Towns to get direction. They provided two Supreme Court decisions … from 40 and 50 years ago.

Lingenfelter wants to count votes for non-candidates while ignoring the “strict compliance” clause. That statute makes it clear: Votes for “Candidates”, not “all votes cast,” shall be used to calculate the number of signatures. Since using votes for non-candidates inflates the number of signatures, Lingenfelter ignores strict compliance to his benefit.

Lingenfelter uses the law when it favors him. When it doesn’t, he demands Cooper find justification and ignore statutes. But Lingenfelter doesn’t give a damn about the rule of law, just his agenda. Nothing new, it’s his modus operandi; he’s cold and calculating, coming up with this “revelation” at this late date.

Lingenfelter has repeatedly abused his power since taking office two years ago. That’s why former supporters considered a recall after five months. His latest misconduct is more outrageous, bullying the City’s attorney and clerk is inexcusable. Yes, Muhle handicapped our effort with her egregious error, but that no longer matters. Whether we need 410, 1,305, or 13,005 signatures, Lingenfelter must go. We will get over 1,305 signatures. It’s time the people speak up;sign the petition.