Letter | Ducey should be recalled because of Arizona’s taxes 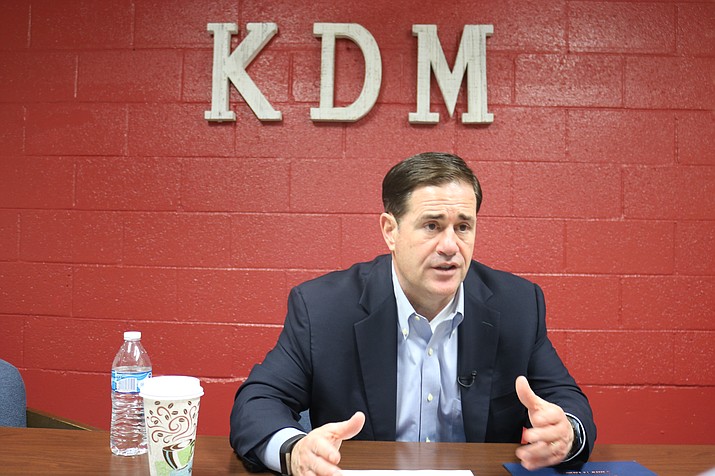 Well hold on to your wallets, Arizonans. Governor Ducey and the legislature are at it again. Following in McCain’s, Flake’s and now Ducey’s RINO footsteps, tax and spend is the new normal for Arizona.

Ducey could not give in soon enough. Now they want to raise the sales tax for you. Consider the fact the average teacher salary is now over $50,000 per year, with a nine-month, four-day work week, a defined pension plan and numerous holidays and in-service teacher days, whatever that is.

Plus the fact the school system is the most fiscally irresponsible government agency we have. Look at your real estate taxes. Seventy-five percent goes to schools in one way or the other.

Well, the teachers union owns California, and it looks like Arizona is going down the same path. It appears Ducey is bought and paid. Maybe instead of #RED4ED, it should be #GREED4ME.

Education needs to stop being considered a sacred cow. Besides, throwing money at a broken product never fixes it.

Remember the $32 additional vehicle fee. This will be a real burden for folks on a limited fixed income. Thank Ducey for that, too. This will raise millions for the already luxurious pay, benefits and pension plan of the highway patrol.

Arizona is turning into a tax hell. Ducey should be recalled.