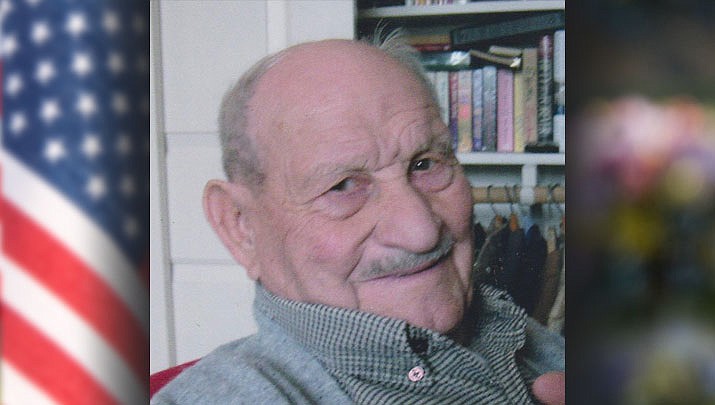 Paul served in the Army during World War II in Okinawa. He married Alta Lucille Haycraft Jan. 18, 1945. They had three sons. They moved to Pennsylvania in 1957. Then in 1958, they moved to California. In 1972, Paul and Mary moved to Kingman, Arizona.

Paul had various careers throughout his life from the Army to a farmer outside of Springfield, Illinois to working at a bobby pin factory, and finally to working for a telephone company that would become Verizon. He was a hardworking, industrial man who provided for his family.

He did wonderful work with his hands as he was very talented, such as woodworking, stained glass, drawing, mechanical work and gardening. In his younger years, he was an excellent bowler and golfer. Whatever he set his mind to he would accomplish it.

He was passionate and vocal over the things he cared about, especially his Lakers basketball team. He was a loving grandpa and always enjoyed talking with his granddaughters, step-grandchildren and great-grandchildren. One grandson broke his toy and when he showed his mother he said, “Don’t worry Mom, I’ll take it to Grandpa as he can fix anything.”

He will be missed by all who loved him.

He will be interred with his wife Mary in Glendora, California at the same cemetery as his son, Paul Steven Harbour.