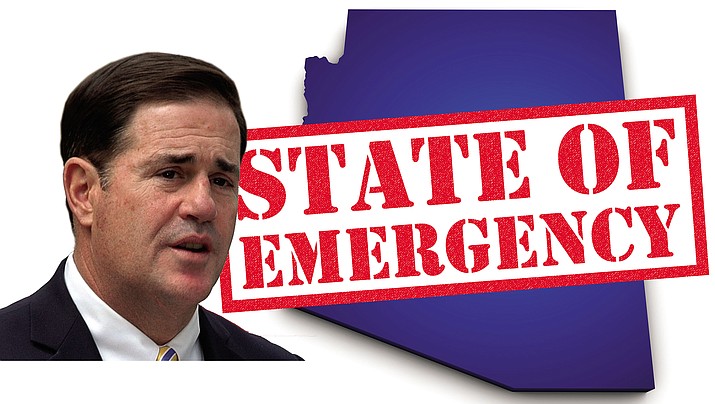 PHOENIX — Arizona Gov. Doug Ducey signed a bill Thursday fixing problems with opioid legislation that he and lawmakers rushed to pass last year but resulted in some legitimate patients struggling to get pills they need.

Last year's legislation was passed with fanfare as the governor and lawmakers looked to crack down on excess opioid prescribing and add other regulations designed to cut down on addictions and overdose deaths.

But many of the ramifications didn't become clear until the legislation began taking effect this year.

"We have a crisis right now where some patients are not getting the opioids they need," Rep. Regina Cobb, a Republican from Kingman who sponsored the fix-it legislation, said in a House committee last month.

The legislation signed Thursday delays until next year a mandate for health care providers to write electronic prescriptions for the most tightly controlled medications after more than 40,000 providers requested waivers.

Last year's opioid bill unintentionally prevented physician assistants from prescribing opioids for more than three days. It left no legal way for providers to write scripts if the electronic system goes down or they work in a rural area with unreliable internet access.

Some pharmacies couldn't fill opioid prescriptions because of conflicts with federal policies, and veterinarians found there is no software available for them to prescribe electronically.

The electronic prescribing mandate was just one piece of a plan to tackle opioid abuse, which lawmakers approved unanimously in January 2018 after Ducey called a special session of the Legislature.

The plan bars doctors from prescribing more than an initial five-day supply of pain medication in most cases, boosts pain clinic regulation and adds $10 million to help uninsured and underinsured people get addiction treatment.

It also places limits on the maximum dose most chronic pain patients can be prescribed, and requires a consultation with a pain specialist for new high dosage prescriptions.