Community View | We march for all women 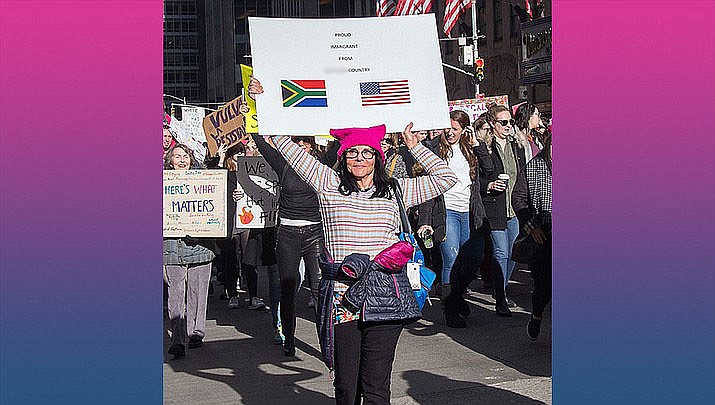 Jan. 20, 2019 was the first annual Mohave County Women’s March down at Locomotive Park. We had about 20 people participate, with two different local media sources showing up to capture the event.

As I read through the comments on one of the live-feed videos, I was most taken aback by the women who commented with, “They don’t represent me!” Really?

We marched for equal protection under the Constitution regardless of gender. Only one more state’s ratification of the Equal Rights Amendment (ERA) is needed, and we are fighting for Arizona to be that state.

We marched for the equal right to privacy in medical care for all women. Currently under Arizona state law, doctors are required to report certain (what is supposed to be HIPAA protected) information to the state (against our will), which in turn reports it to the federal government. You want your private medical information reported to the government without your consent?

We marched to help educate young girls about the painful struggle of women’s history because we want to raise strong, empowered women who continue with the fight for women’s equality. You accept the hard-earned successes women’s history has achieved as “good enough?”

We marched to remind our legislators that women are still fighting for equality, that we reject the status quo that privileges men, and that we refuse to sit back down politely in silence as our bodies are politicized and terrorized by legislative agendas that we will never support. You accept that our government has a right to govern women’s bodies, your body?

And we marched wearing pink hats with cat ears that are affectionately called “pink pussy(cat) hats” because we don’t like or want any man thinking they can grab our “pussy,” or even talk about us that way when they’re having their male-bonding “locker room” talk. You really want your “pussy” grabbed?

The Mohave County Women’s March is about fighting for local women’s issues right here in Mohave County, not the political agendas of Washington that divide us as women and as a community. And if what we’re doing really doesn’t represent you, that’s fine. We will continue marching next year for your right to criticize those of us who refuse to let the men in power control our bodies, limit our reproductive choices, and deny our right for equal protection under the Constitution.

This year’s march was absolutely fantastic! For those who are interested in helping to organize next year’s Mohave County Women’s March, please send an email to KingmanWomensMarch@yahoo.com.

Letter | J'Aime Morgaine: Why women should continue to march
Community View | Arizona isn’t taking the step for Equal Rights
Kingman Letter: Women, stand up to the haters
How the Equal Rights Amendment has succeeded
Letter: County dress code is un-American