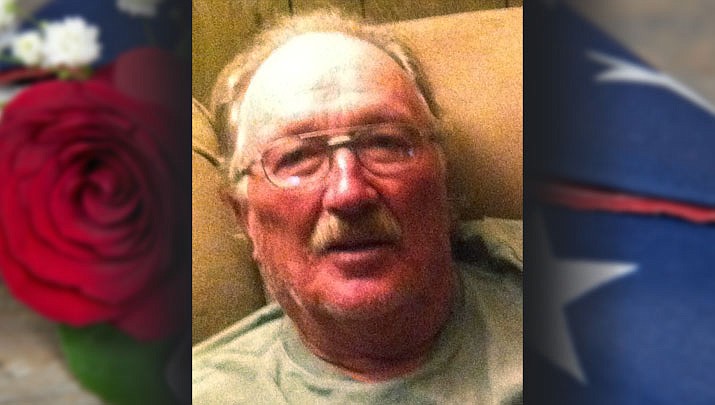 Mitchell Paul Burk passed away at his home here in Kingman on Feb. 10, 2019 from complications of COPD. He was born on Aug. 27, 1949 in Springerville, Arizona to Dahl and LaVonna Burk.

Mitchell grew up all over the state of Arizona. His father was in road construction. Mitchell graduated from Mohave County Union High School here in Kingman in 1967. He then went on serve two years in the United States Army stationed at Fort Carson, Colorado. Upon returning to Kingman, he went to work surveying. Then on to Duval Mine until it shut down in 1982. Mitchell worked at the power plant in Laughlin until its closure. After that, he went to Mohave County Road Department where he retired after 16 years.

He loved hunting and fishing. He also had a love for golfing. Our dad had a great sense of humor, too.

Mitchell is preceded in death by his parents, Dahl and LaVonna Burk. He is survived by his wife of 45 years Dixie (Hrober), his sisters; Linda Seapy and Cherry Burk, both of Kingman, his son; Justin Finley Burk (Peter) of Palm Springs, California, daughter; Corie Queen of Kingman, four grandchildren; Dustee Lowe (Jason), Tyler Van Nurden, Declan and Zachary Finley-Burk, and last – but not least – his beloved Sammie girl.

Mitchell requested no services, but if you would like to donate to the Arizona Western Humane Society or For the Luv of Paws, that would be greatly appreciated.

Our father will be laid to rest at the Williams Cemetery in Williams, Arizona.

He would have chosen this picture as one last toast to family and friends.

Forever in our hearts, Big Guy Ralphie and Poie Forever.

To send a free Card to the family go to www.sendoutcards.com/lietzfraze