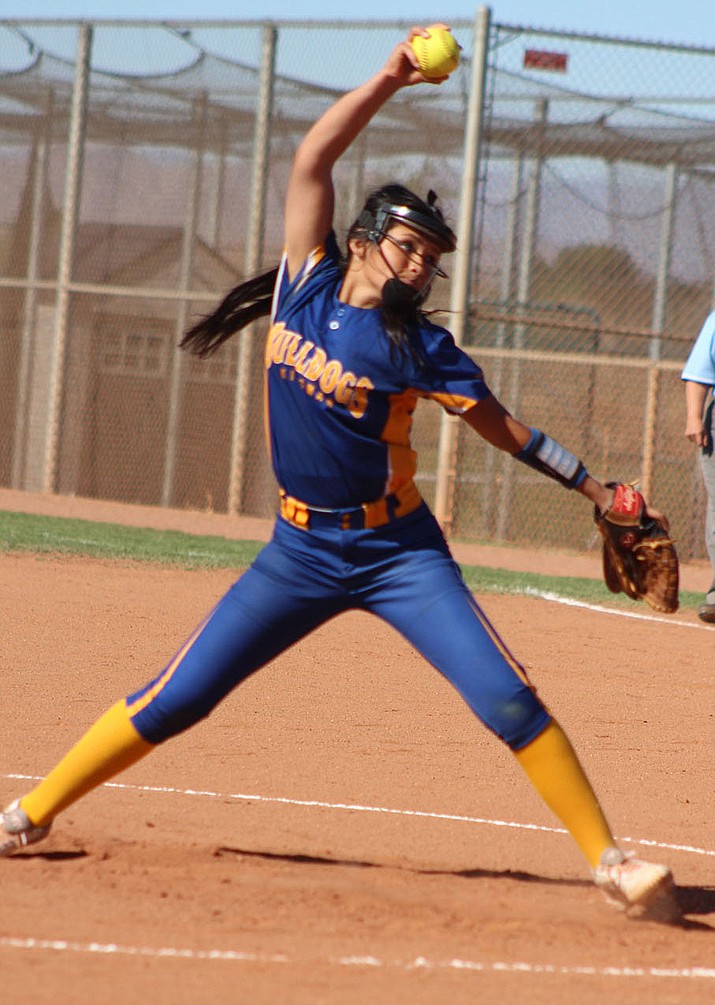 Lilianna Valdivia will return to the circle in 2019 as Kingman’s No. 1 pitcher. The Lady Bulldogs host Northland Prep at 3 p.m. Wednesday. (Daily Miner file photo)

KINGMAN – The goal is not changing for the Kingman High School softball team.

One year removed from a postseason berth, the Lady Bulldogs are poised to make a return trip in 2019.

The Lady Bulldogs went 6-4 last year in the 3A West Region and only graduated one senior from that squad. Kingman will not only lean on the solid returning class, but it will also turn to a couple of freshmen.

“We’re going to have really good pitching this year,” Lee said. “Lilianna Valdivia is coming back as our No. 1 pitcher. We have Payton Chamberlain. And her sister Maddie Chamberlain, who is a freshman, is going to play a big part for us throughout the season too because she’s an excellent pitcher.”

But the Lady Bulldogs will also need someone to step up at the plate and Lee has one senior in mind.

“I expect really big things from Ariana McKowan,” he said. “She is an absolute beast at the plate – she can hit the ball as good as anybody. She’s going to be someone we’re going to rely on offensively this year.”

McKowan started for Kingman as a freshman but she has missed a couple of seasons due to ACL tears.

She’ll get her chance to take the field again at 3 p.m. Wednesday as the Lady Bulldogs open the season against Northland Prep.

“I’ve researched them a little bit on MaxPreps and looked at teams we both played against,” Lee said of Northland Prep. “They look really solid. They beat Page, who was the team we played last year in the playoffs. They’re going to be a solid team for a first game.”