Am I crying ‘wolf’ about the pig numbers in Unit 18B? 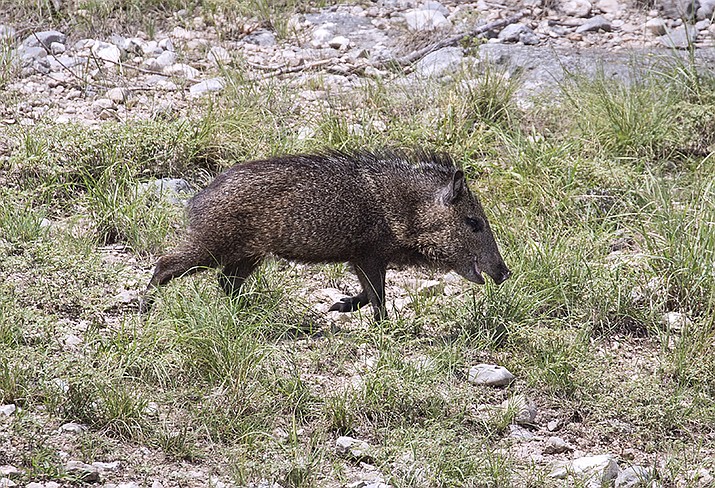 Chan said the herds he saw had an average of just two or three animals. (Adobe Images)

Having just spent the past two weekends on the Handgun, Archery, Muzzleloader (HAM) hunts in Game Management Unit 18B, I am really concerned by the lack of javelina herds seen.

Even of more concern is the low numbers of animals in the herds that were seen by local sportsmen who hunted in the HAM hunts.

But to some, they have a different opinion on just how many javelinas are out there. So who knows?

Jay Chan is arguably one of the most successful javelina hunters and typically hunts south of Boggle Ranch in that unit.

Chan is an excellent glasser, and the general opinion among sportsmen who know is if Jay can’t find critters, then they probably are not there.

This year Jay and his brother Alan had tags for the HAM hunt. For the first time in a very long time, neither Jay nor Alan filled their tags. The reason? They saw very few pigs, and these veteran hunters are concerned.

“I would say conservatively that the number of herds in the areas we typically hunt are way down. And the number of animals in those herds that were seen was very low.”

Chan said the herds he saw had an average of just two or three animals!

“I’d say that the herd numbers are down at a minimum of 50 percent, and the number of animals in those herds are way down, too.”

Mike Cobb hunts in the north end of the unit and is arguably the most knowledgeable sportsmen when it comes to javelina in that area. Cobb has in the past taken or assisted in over 100 javelina being harvested in the north end of Unit 18B. It’s a given he knows where the herds are.

Cobb agreed that the herd numbers did seem to be down, but he still took two javelina this year; one on the January archery hunt, and one on the HAM hunt.

On the other side of the coin, one group of local sportsmen and a friend had HAM tags in Unit 18B and did well. I’ll be doing a story on them next week.

But these folks were hunting in the northern part of the unit and not in the south where we hunt.

Could it be that the herds in the south have been more impacted by the constant hunting pressure or some other reason?

I have expressed my concerns to Region 3 Terrestrial Wildlife Program Manager Erin Butler.

Butler is going to check with law enforcement officers who worked the HAM hunt and the ongoing rifle hunt to see what they found when in the field. She will also recheck her survey data.

We all know the inclement weather has had an effect on the javelina hunt success in this unit, especially on the just-concluded HAM hunt.

Maybe I’m just being overly concerned about what we and others I spoke with saw on that hunt and am crying, “The sky is falling!” Then again, maybe I’m not.

I think that most sportsmen would agree it is much better to err on the conservative side when it comes to managing any wildlife species.

Javelinas are the second most hunted big game species in Arizona, and those hunts are very popular with sportsmen. Tags are issued for archery, youth, HAM and general rifle seasons.

Javelina will breed in all months of the year, but the young, called redds, seem to have a better survival rate in late spring and summer when the weather is better.

Successful javelina hunters will tell you that you should spend more time glassing than you do hiking or driving when looking for javelina.

Javelinas have a great sense of smell and they hear well. Their eyesight is considered poor so hunters who can “dope the wind” can usually get in close to these animals.

Javelinas are not pigs but are in fact collared peccaries and are Central American in origin.

Field dressed javelinas typically weigh more in the southern part of Arizona than they do in Northern Arizona. In Region 3, our “typical” field-dressed javelina will weigh 30-32 pounds. Large adults here have been weighed up to 45 pounds, however.

In Southern Arizona, field-dressed javelina weigh up to 75 pounds or more, especially those animals that feed in and around agricultural fields.