A golden anniversary, more to come 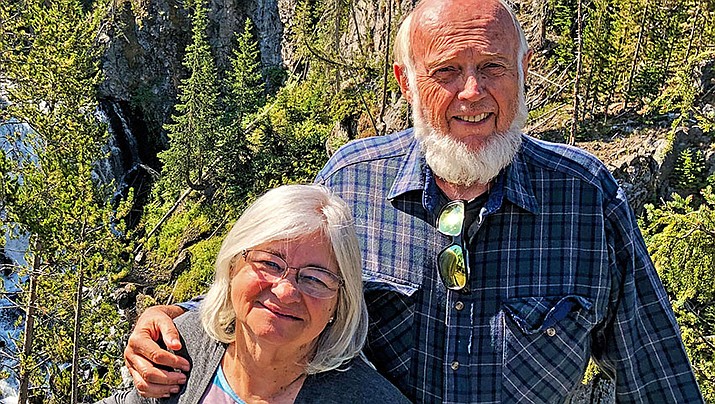 KINGMAN – Jon and Becky Lindberg celebrated their 50th wedding anniversary on Feb. 5, 2019. They have been residents of Kingman since 1974, raising four children here, all graduates of Kingman High School.

They met at church in Whittier, California, and were married seven years later in 1969. Jon was Career and Technical Education Director for Mohave Union High School District until his retirement. Becky worked as RN MDS Coordinator at The Gardens Rehab and Care Center, then retired from the Director of Nursing position at Living Waters Hospice in 2017.

Now they are anticipating relocating to Fountain Hills or the North Scottsdale area to be closer to their children and grandchildren.

Coincidentally, Jon’s two brothers are also celebrating their 50th wedding anniversaries this year. All three couples are planning to get together this summer in New York state to commemorate the event.

The Lindbergs have enjoyed living in Kingman and traveling abroad, but their greatest joy has been the blessing of a close, loving family. When asked what the secret of a happy, long marriage is, they answered that it is having common backgrounds, interests and values. But, most importantly, the secret is to trust and follow God in every situation.