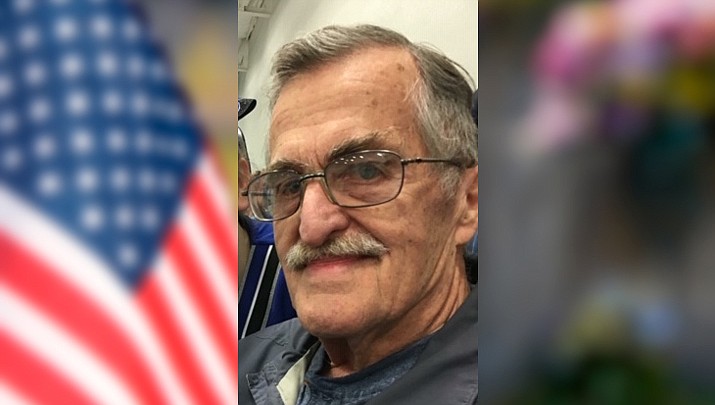 John Harold Pool, of Kingman, Arizona, after a long battle with Alzheimer’s disease, stepped into the presence of the Lord on Tuesday, Jan. 1, 2019. He was 78 years old. John was born Nov. 20, 1940, in Saginaw, Michigan, to John and Marie Pool.

John met and then married his high school sweetheart, Geraldine Ann Schell, Sept. 12, 1960 in Saginaw, Michigan. They had one son, John A. Pool.

A year before John and Geri were married, John joined the U.S. Air Force and served four years both overseas and in California. For years John owned and operated Courtesy Bakery with his brothers, which his father started in the late 1940s. In 1972 John went back to college and earned his Bachelor’s degree in education from Central Michigan University, and then in 1977 finished his master’s degree from Arizona State University.

In 2003 John retired from teaching with over 28 years in the educational field. During those years he made a great impact in the lives of many of his students who came through his science classes. John deeply enjoyed working with students and helping them not to just get through a class, but to truly learn any subject they would put their mind to.

In his retirement years he followed his passion for flying. For 21 years he held his private pilot’s license. John owned two airplanes, a Cessna 150 and a Zodiac Ch 601 kit plane that he and a friend built together. He was the president of the Experimental Aircraft Association from 2002 until 2011.

John was a devoted Christian having given his life to Christ at a Rex Humbard crusade in 1970. His Christian lifestyle lead him to be a jail chaplain for 15 years at the Mohave County jail. He was an active member of Praise Chapel in Kingman for 35 years.

In 2001 John’s wife Geri passed away and in 2002 John married Donna Calendine. John and Donna, soon after they were married, designed and built a beautiful home just outside of Kingman. There they had their children and grandchildren over for Thanksgiving and Christmas and many hot summer days swimming in the pool. John and Donna enjoyed traveling, going on cruises, and to multiple airshows. The time they had together was a real blessing to them both. The Bible says for a man who finds a wife, he finds a good thing. John was blessed to have two wonderful wives who loved him dearly. To say the least, John’s life was blessed in many ways.

John was preceded in death by his first wife; Geraldine Ann Pool, his father; John A. Pool I, his mother; Marie L. Pool, and his brothers; Alvin Pool and Wayne Pool.