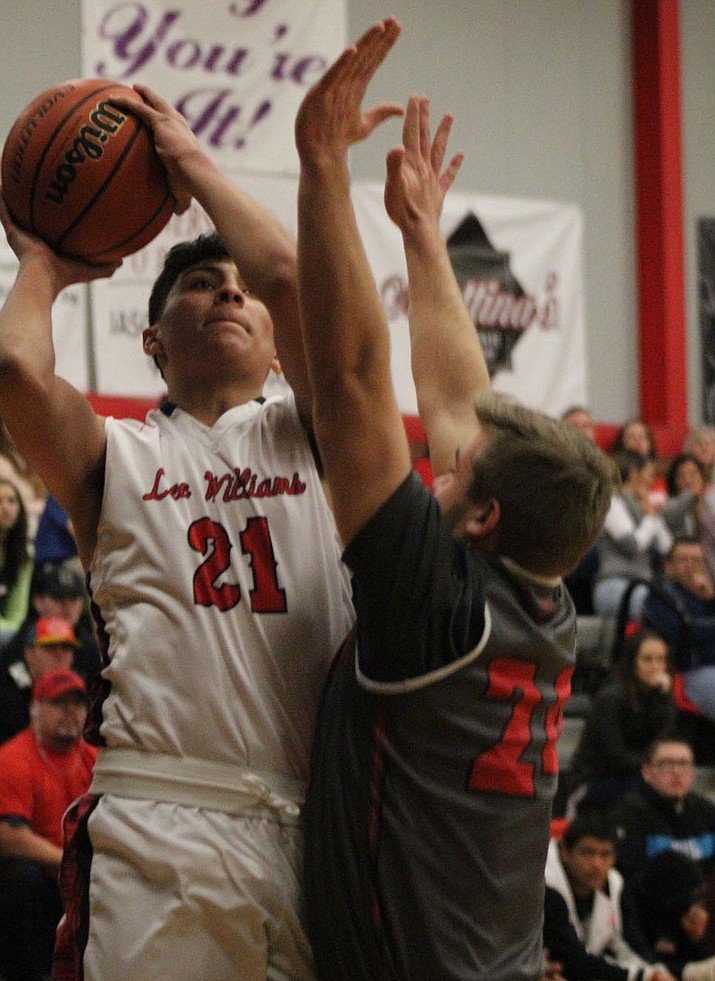 The Vols found an early groove Friday night and never looked back in an 85-29 victory over River Valley.

“We didn’t play tired,” senior Aaron Santos said. “We came after it, definitely. We did well. I’m proud of ourselves.”

Santos was a big part of Lee Williams’ explosive first half as he scored 20 of his game-high 22 points for a convincing 51-21 halftime lead.

And the Vols did most of their damage from long range by sinking 11 3-pointers in the first half and adding four more in the second.

The scoring didn’t stop with the trio though, as 10 different Vols tallied at least two points.

“Everybody played well, everybody executed,” said Lee Williams head coach Cain Atkinson. “It’s just nice that they came out with the same focus as we did (Thursday) night. We didn’t overlook them. We didn’t play down to the competition. We played our game. I was happy with how we played.”

The Vols easily showed they meant business by jumping out to a 31-12 lead after the first quarter and then pushed the advantage to 70-24 entering the final quarter.

Lee Williams substituted late in the game and even those athletes found success. Cody Ferrin led the way for the reserves with seven points, while Jayden and Josiah Hooper each scored six points.

“I hope we continue to play with a lot of confidence,” Atkinson said. “These guys have to believe that we can beat anybody – just like I believe that we can beat anybody. Like I’ve said multiple times, there isn’t a team that we play the rest of the year that I feel like we should lose to. They have to start believing it, which I feel like they are. We have to play the right way, and good things will happen – we’ll win games.”

That’s exactly what the Vols did Thursday night in a 74-36 blowout of Prescott.

Juelfs led the way with a game-high 20 points, while Herrera scored 17 and Drew Cardiff added 11. Ferrin rounded out the top performers with 10 points off the bench.