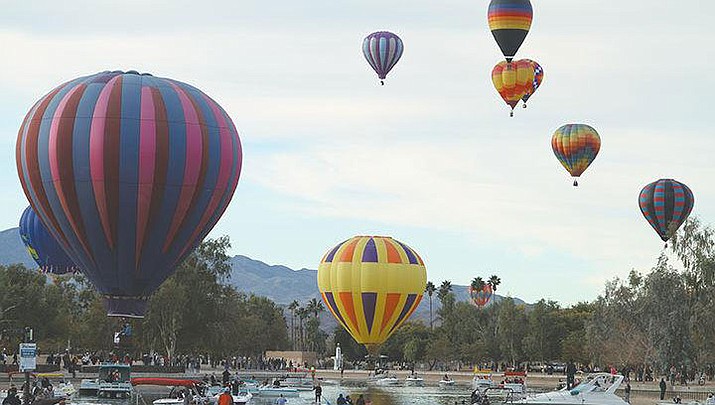 ASU Havasu students will get a closer look of a hot air balloon launch Thursday morning at the university’s baseball field prior to the kick off of the Havasu Balloon Festival’s activitiesThursday afternoon. (File photo)

LAKE HAVASU CITY – Those planning to attend Havasu’s Balloon Festival can get a sneak peek on Thursday morning when ASU Havasu hosts a hot air balloon launch at the university’s baseball field.

The free event begins at 7:45 a.m. and will last about an hour, said Kim Rome, the school’s community outreach specialist.

Guests can meet pilots and learn about the complexity involved in launching, flying and landing. Pilots Steve Lacroix, Richard Lawhorn and Morgan Braden are scheduled to lead the discussions and demonstrations.

“Many of our students are not from Havasu and have never seen a balloon launch up close. This is an amazing opportunity that we wanted to share with everyone,” Rome said.

Now in its ninth year, the Balloon Festival will once again be staged at Lake Havasu State Park’s Windsor 4. Gates open at noon on Thursday. The event runs through Sunday.

Organizers have made a few changes to some features, the ticket price has been adjusted and at least 65 balloonists have signed on.

Entry to the festival itself is $15, which covers the entire weekend. Those aged 10 and under are admitted for free.

ASU Havasu is at 100 University Way off Swanson Avenue. For details about the festival, visit havasuballoonfest.com.