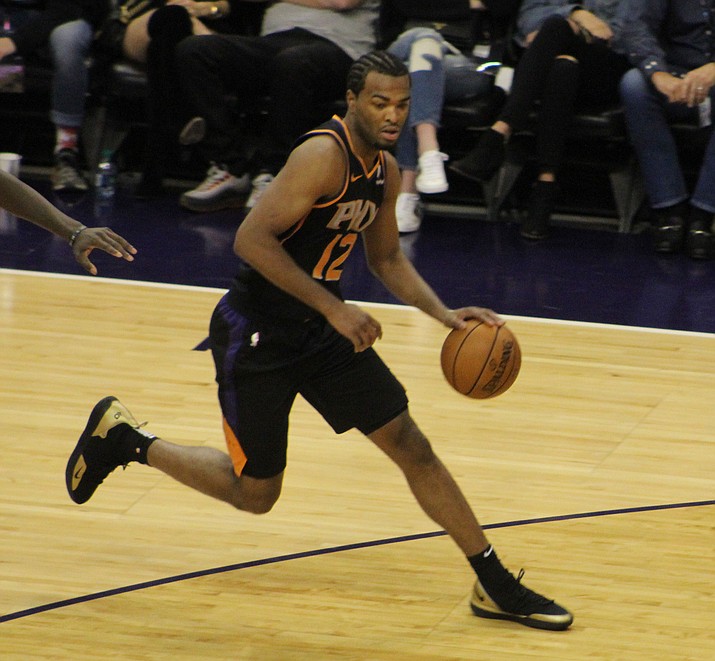 He sure looked that way against Sacramento on Tuesday night.

Oubre matched his career high with 26 points, including a one-handed rebound jam with 11.1 seconds to play, and the Suns snapped a six-game losing streak, rallying from a 21-point deficit to beat the turnover-prone Kings 115-111.

The energetic, athletic Oubre, obtained in the trade that sent Trevor Ariza to Washington on Dec. 17, equaled the 26 points he scored for the Wizards against Detroit on Jan. 19 of last year.

"Being decisive, I think that was the big thing for me tonight," he said. "Finally just getting more comfortable out there, finding my spots on the floor, finding ways to impact the game in this new system."

T.J. Warren added 21 points and Deandre Ayton had 17 points and 12 rebounds for the Suns, who were without leading scorer Devin Booker due to back spasms.

De'Aaron Fox scored 24 and Ben McLemore 20 for the Kings, who committed a season-high 26 turnovers, 17 in the second half. Sacramento lost for the fifth time in six games.

Fox committed eight turnovers — seven in the second half.

"It was just turnovers," he said. "We gave up the ball too much and it's what cost us the game. The times that we didn't turn the ball over we got what we wanted, but when you 20-some turnovers, you can't win like that."

After six losses, Phoenix salvaged the finale of a seven-game homestand.

De'Anthony Melton's rebound basket gave the Suns a 110-109 lead, but Willie Cauley-Stein's two-handed dunk put Sacramento back up 111-110. Oubre's two free throws restored the lead to Phoenix, 112-111, and after yet another Sacramento turnover, Oubre slammed Warren's miss home to make it 114-111.

"Yeah man, that was the dagger," Oubre said.

Ayton sealed it by making one of two free throws with 7.2 seconds to go.

Sacramento led by as many as 21 early in the second half before Warren scored the first five in a 7-0 Phoenix spurt to cut the lead to 77-65.

The Suns outscored Sacramento 13-2 over the last four minutes of the third quarter to tie it 86-86 entering the fourth.

The scoring run reached 16-2 when Jamal Crawford sank a 3-pointer after a Suns offensive rebound in the opening minute of the final quarter.

Kings: Kings were given the NBA Inclusion Innovation Award on Tuesday for efforts to support youth and community healing following the death of Stephon Clark, who was shot by police during a pursuit on foot last March. ... Last time they met the Suns, on Dec. 8, Kings led 36-9 after one quarter. .... Kings committed 11 turnovers in the third quarter to aid the Suns' comeback.

Suns: Phoenix is 2-9 when Booker doesn't play. ... The seven-game homestand tied for the second-longest in franchise history. ... Quincy Acy, signed by Phoenix on Tuesday, was scoreless in eight minutes. ... If Crawford plays in Denver on Wednesday, he will be the 22nd player to appear in at least 1,300 games. ... Melton tied his career high with four steals, three in the third quarter. Suns had 18 steals overall. ... Phoenix was outscored by 22 in the second, tying the most Suns have been outscored in a quarter in a game they won.

Suns: At Dallas on Wednesday night.