After gaining 4 seats, state Dems feel good about their priorities 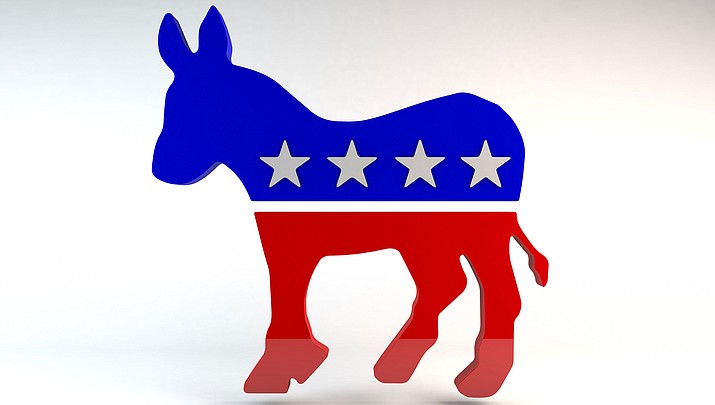 PHOENIX – Legislative Democrats trotted out their usual priorities Monday as the session convenes.

But House Minority Leader Charlene Fernandez of Yuma said what’s going to be different this year comes down to numbers.

She pointed out Democrats picked up four House seats in the last election. That brings them to 29 in the 60-member chamber.

Fernandez acknowledged that’s still not enough to get a bill through the House. And the Senate remains 17-13 Republican, with a Republican governor.

But she argued there will be sufficient members of the majority party who will side with at least some items on the Democrat agenda, ranging from healthcare funding to school issues like increasing state aid to better oversight of for-profit charter schools. And some issues, Fernandez said, are bipartisan, including ratifying a “drought contingency plan’” to decide who will and will not get water from Lake Mead.

What else Democrats may have going for them is the state looking at having $900 million more in income this coming year after maintaining the current level of expenses. And while Republicans and Gov. Doug Ducey will quash any spending spree, there is pressure to fund certain issues.

That, said Fernandez, includes fully financing public schools. There were deep cuts both to operating cash and school construction during the recession, only some of which have been restored.

There is also a call by the minority party to extend the 20 percent pay raises promised last year to teachers to other school personnel who were excluded from the plan pushed through by Ducey.

Democrats will also push a school safety plan of their own even as Ducey could not get the votes for a less-far reaching plan through the Republican-controlled Legislature last year.

And there are calls for more traditionally Democratic issues.

Senate Minority Leader David Bradley of Tucson said Arizona has the fourth highest rate of incarceration of any state, with the costs of running the Department of Corrections now eating up more than $1 billion a year in a $10 billion budget.

“We have led ourselves to believe that incarcerating people is the key element of rehabilitation when in fact we often manage to reinforce the very behaviors we are trying to extinguish,” he said. Bradley said something more is needed than “simply placing people behind bars with no hope and no motivation to change.”

And then there are items that might just be considered a Democrat wish list, unlikely to gain much traction in the current GOP-controlled political environment, like enacting automatic voter registration, restricting the ability to finance campaigns with anonymous donations, curbing state-imposed restrictions on abortion and ratifying the federal Equal Rights Amendment.

“And no Arizonan should be fired or discriminated against because of how they identify or whom they love,” Bradley said.

The claim by Fernandez that 29 out of 60 is enough to influence policy will be tested, and not just because the Senate GOP edge remains unchanged.

It is true the last time Democrats had this many members in the House was more than 50 years ago.

Democrats have been this close several times in the Senate, with a 16-14 Republican edge. There even were two years of a 15-15 Senate – and two years where Democrats actually had the majority.

Where Democrats have had some of their most significant legislative victories have been in situations where their votes were needed, usually by a Republican governor.

That was the case in 2013 when Republican Gov. Jan Brewer announced she wanted to take advantage of a provision in the federal Affordable Care Act to expand eligibility for the state’s own Medicaid program. With just a handful of Republicans in support, Brewer created a coalition with House and Senate Democrats for the program that still exists to this day.