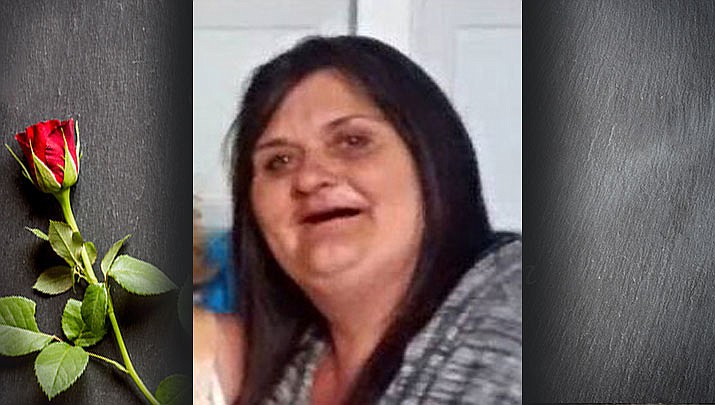 Kari Parks, of Kingman, Arizona, passed away on Dec. 10, 2018 in Phoenix, Arizona. Kari had been ill for quite some time and is now in a better place. She was born March 25, 1968 in Fridley, Minnesota to Greg and Sue Gronskei, who both preceded her in death.

During her early teens, Kari moved to Kingman, Arizona and in 1986 she graduated from Kingman High School. Kari was happily married on Jan. 23, 1999 to James Green.

She is survived by her husband; Jim, daughters; Amanda Blocker (Carlos Saucedo) and Jade Green (Justin Gratto), her son; Joseph Valdez (Connie Amaro) along with three granddaughters, two grandsons and three step-grandchildren. She is also survived by her brother; Matt Gronskei (Linda) of Minnesota and her sister; Becky Gronskei (Grant) of Lake Havasu City, Arizona, along with several nieces, nephews, aunts, uncles and cousins who reside in both Minnesota and Arizona.

Kari was a dedicated wife, a loving mother and grandmother and an unforgettable friend. Kari was loved by all who knew her and will be truly missed.

A Celebration of Life will be announced at a later date.