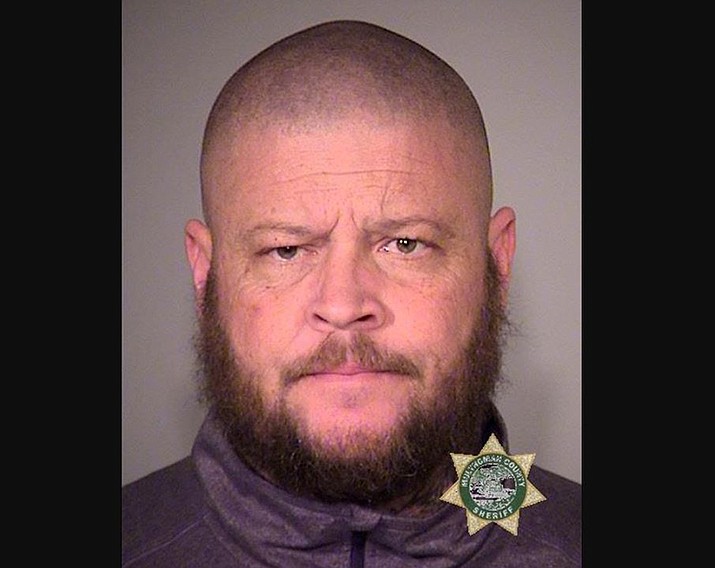 LAS VEGAS — Nevada rancher Cliven Bundy's bodyguard in confrontations with U.S land management agents became the last of 19 defendants from 11 states to be sentenced on Tuesday in an armed standoff nearly five years ago.

Brian "Booda" Cavalier, 47, of Mesa, Arizona, was told he won't serve any more time than the 20 months he spent in federal custody between his arrest in early 2016 and his guilty plea in October 2017 to two charges of conspiracy to impede and injure a federal officer.

"I'd just like to put this behind me," Cavalier told Chief U.S. District Judge Gloria Navarro.

Cliven Bundy, wife Carol Bundy, son Ryan Bundy, and close family friend Shawna Cox were among the few observers in the courtroom while the judge credited Cavalier with taking responsibility and pleading guilty months before Navarro found "flagrant" prosecutorial misconduct and dismissed the case against other defendants a year ago.

The brief court hearing involved the tense 2014 standoff in which armed ranchers and self-declared militia members forced heavily armed federal agents to retreat and release a herd of cattle in a dusty dry river bed.

The incident stoked passions among some who contrasted the peaceful outcome in Nevada with a 1993 federal siege and fire that destroyed a religious sect compound in Waco, Texas, killing more than 70 people.

Bundy family members and supporters maintain the federal government has no authority to collect fees or stop ranchers from letting cattle graze in vast arid rangelands.

They characterized their refusal to let the government confiscate cows grazing in what is now Gold Butte National Monument as an expression of free speech and weapon rights.

Prosecutors cast the confrontation as an insurrection against the U.S. government.

Most of the 19 defendants spent nearly two years in federal custody awaiting trial on charges that could have gotten them decades in prison, including conspiracy, threatening and assaulting federal officers, firearm offenses, obstruction and extortion.

Prosecutors failed to gain full convictions in 2017 in two jury trials against six defendants who carried assault-style weapons during the confrontation outside Bunkerville, 80 miles northeast of Las Vegas.

In the end, five defendants pleaded guilty before trial, several were acquitted of all counts and some were convicted of lesser charges. Two are in prison, appealing their sentences. Most were let go for time already served.

Navarro also sentenced Cavalier to one year of federal supervision, ordered him to undergo substance abuse treatment and prohibited him from communicating with other people connected with the standoff.

Cavalier also pleaded guilty to a weapons charge in Oregon and was sentenced in 2016 to time already served in federal custody in Portland for his role in a 41-day armed occupation of a wildlife refuge with more than two dozen people including Bundy sons Ryan and Ammon Bundy in January 2016.

Cavalier and his attorney, Mace Yampolsky, declined outside court to comment.