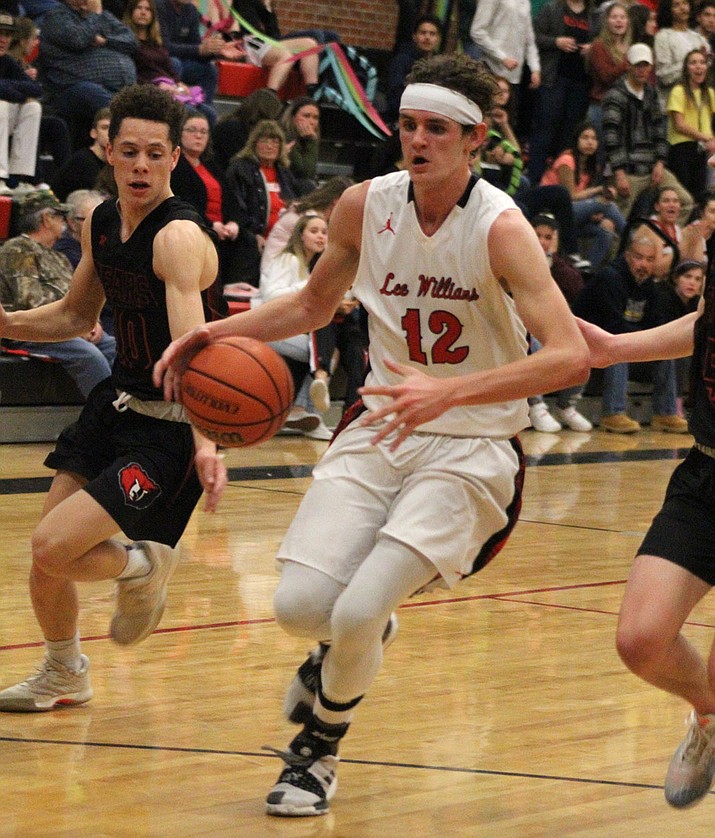 KINGMAN – It’s never easy to lose a game, especially when it comes on your home floor against a team you already beat this season.

But disappointing losses happen every day in sports and the Lee Williams High School boys basketball team experienced one Tuesday night in a 40-36 setback to Bradshaw Mountain.

“I hope it definitely refocuses them,” said Vols head coach Cain Atkinson. “Just seeing them after the game and how they were acting after the game - they care. I can really tell that they care a lot. This loss really bothers them.”

The emotions were on full display as the Lee Williams players exited the locker room to their family and friends who tried to cheer them up with uplifting words.

But that wasn’t going to change how much this loss hurt. Even more heartbreaking was the fact the Vols had a number of opportunities in the final minute.

The best chance came with less than 10 seconds remaining and Lee Williams trailing by two points, 38-36. Atkinson called a full timeout and set up the play.

“Initially we were looking for (Aaron) Santos coming to the corner, which I felt he was open – that was the first option,” Atkinson said. “The second option was a back screen for Diego (Narvarte), which they did a very good job of seeing that and making that switch. The third option was after AJ (Herrera) set the back screen for Diego, we would have Kade (Juelfs) come to the ball. But we just turned the ball over.”

The miscue proved costly as the No. 23 ranked Bears stole the ball and eventually earned a trip to the free-throw line where they made two baskets for the final tally.

“At the end, just like the last few games, execution was very poor,” Atkinson said. “It’s something we need to work on.”

For the Vols to even have that chance appeared to be a long shot after the first quarter though. Bradshaw Mountain (9-5, 6-3 4A Grand Canyon Region) not only kept Lee Williams in check on offense, but also found a groove of its own to jump out to a 22-12 advantage.

However, the Vols’ offensive struggles had a lot to do with the Bears’ defense that made it nearly impossible for Lee Williams’ 3-point shooters to find success.

Unfortunately, the preparation didn’t help and it showed in the scorebook as Drew Cardiff, Narvarte and Santos each finished with six points. Juelfs, meanwhile, added five points and Jayden Hooper scored four.

“There really wasn’t a whole lot for me to be pleased about, to be honest with you,” Atkinson said. “I just felt like the focus wasn’t there. We were very lackadaisical. Their body language – I wasn’t very pleased with. I could just kind of tell by the look that they had in their eyes. They just weren’t ready to play.”