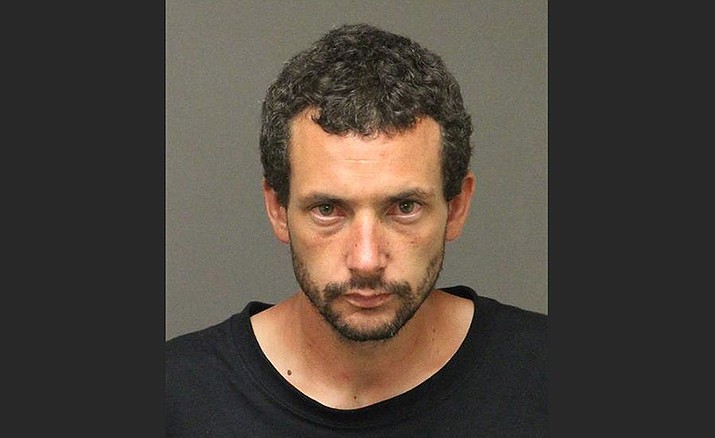 KINGMAN – Several citizens came to the rescue after hearing cries for help from an 86-year-old woman Wednesday in the 3300 block of North Stockton Hill Road, police said.

Brian Keith Hobbs, 34, a Kingman-area transient, was detained by the citizens after they saw Hobbs stealing a purse from an elderly woman in a parking lot. The citizens held Hobbs down until Kingman Police arrived at the scene.

KPD reported that Hobbs was riding a bicycle near the victim’s shopping cart in which she had set her purse down. Hobbs allegedly grabbed the purse, and the cart was pushed into the victim.

The victim yelled for help, and the citizens came over and stopped Hobbs. He purportedly bit one of the citizens in the hand and tried to punch and fight his way out of the predicament.

KPD said Hobbs admitted his involvement and it was because of a drug addiction.

Hobbs was arrested for robbery, possession of narcotic drugs, and possession of drug paraphernalia, all felonies, and misdemeanor assault. He was taken to Mohave County jail.