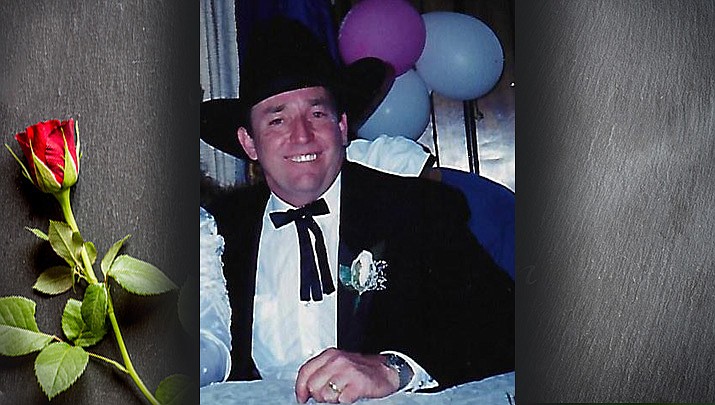 The first 15 years of his life he lived in Borrego Springs, California on a large grape ranch owned by DiGiorgio Fruit Corp. where his dad worked. When his dad passed away in 1966, he moved to Wichita Falls, Texas with his mother and brothers.

After a couple of years in Texas, he moved with his mother and brothers to Northern California. Soon after, he became a hippie and started hitchhiking all around the United States and Canada.

He loved camping and being in the woods, and spent many nights on the road by a campfire somewhere with a pot of black coffee and his guitar.

In 1983 he moved to Prescott, Arizona to be near his brother, Mike. He opened Pruitt’s Appliance where he sold new and used appliances and parts. He built his business from the ground up to be extremely successful.

He then started his family. Pat was a very generous person and would help anyone with a question about DIY projects.

He closed the business in 2015 and moved to Golden Valley, Arizona to be closer to his two brothers, Larry and Mike. During the short four years of his retirement he continued to fix appliances and spend time with his brothers playing dominos and sharing dinner, love and laughs.

He devoted many hours to genealogy. This became a true passion for him to know who his ancestors were and what experiences they had in their lives through newspapers, migration patterns, diaries and the like. His research led to the biggest discovery of his family. The man the family thought was their biological great-grandfather was not. Further discovery opened up the door to the correct great-grandfather and a new family history, something he was quite proud to claim.

Pat is survived by his two children; his son, Patrick S. Pruitt, and his daughter, Frances E. Swanson, both loved him dearly and to whom he was a loving father. He was a wonderful grandfather to three grandchildren with one on the way.

He was a wonderful man who was always the first to laugh and smile. He was never afraid to show emotion.

He was strong, never shied away from hard work, and was always there for his family. He will be missed dearly by his children, his grandchildren, his brothers and his many nieces and nephews.

A celebration of life was held Jan. 23, 2019 at Calico’s Restaurant, Kingman, Arizona.