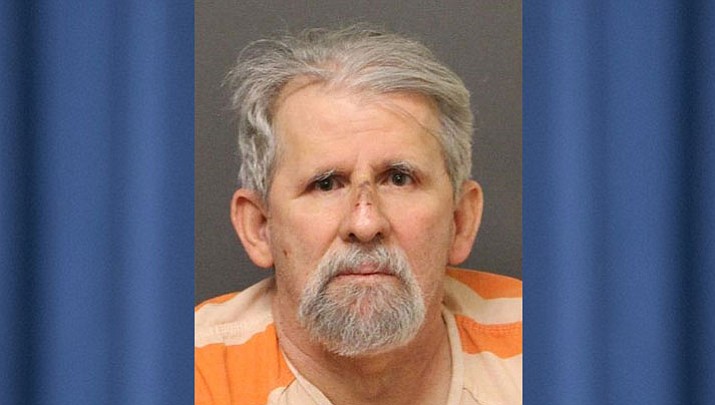 KINGMAN – After only a few hours of deliberation on Friday, the jury found Alfredo Gerardo Blanco guilty of all counts for which he was charged, including the first-degree murder of Sidney Cranston Jr.

The Cranston family would gather at a bench and tree dedicated to Sidney Cranston Jr. at Metcalfe Park each day before trial to pray for justice. On Friday, the jury found Alfredo Gerardo Blanco guilty of first-degree murder, concealment of a dead body and tampering with evidence. (Photo by Travis Rains/Daily Miner)

“Just wanted to make sure my brother got justice, he deserved it,” said Chris Cranston, Sidney’s brother.

Blanco killed Sidney Cranston Jr. on June 16, 2015, and buried his body on a ranch east of Kingman. Cranston was missing for 19 months before Bill Sanders, a longtime acquaintance of Blanco, led FBI agents to the body in January 2017.

Sanders entered into a plea agreement, pleading guilty to tampering with evidence and concealment of a dead body in exchange for his testimony regarding how he helped Blanco bury Cranston’s body near a shed on the 240-acre ranch owned by Don Bishop.

In his testimony Thursday, Sanders said he and Blanco were at a property in Kingman before they both went to the ranch east of Kingman owned by Don Bishop. Sanders said Blanco may have been at the property some 15 minutes before he arrived. Upon arrival, Blanco told Sanders he had something to show him. That was the body of Sidney Cranston Jr.

Blanco told Sanders that he and Cranston were going after a rattlesnake in a building on the ranch. Blanco said Cranston had the shotgun first, handed it to him with the safety off, and that’s when Cranston was accidentally shot.

Sanders testified Thursday morning, and told the jury that he did not come forward with information sooner because he feared for the lives of himself and his family after he said he was threatened by Blanco.

That threat came after Sanders said he repeatedly told Blanco that they should call the police. According to Sanders, Blanco said “Have you ever lost someone close to you?”

Robin Puchek, Blanco’s attorney, pointed to Blanco having suffered a stroke not long after June 16, 2015, and that he had been at Kingman Regional Medical Center before going to a rehabilitation center in Maricopa County. He asked Sanders why he would fear for his life if Blanco wasn’t even in the area.

Sanders responded, saying that he didn’t know what type of friends Blanco had in the area.

“I was terrified,” Sanders told the jury at one point. “I didn’t want anything to happen to my family.”

On Friday, the jury found Alfredo Gerardo Blanco guilty of first-degree murder, concealment of a dead body and tampering with evidence.

The Cranston family, who gathered each morning before trial to pray for justice at a bench and tree dedicated to Sidney Cranston Jr. at Metcalfe Park, said another prayer Friday after the verdict came in. The family said a special thanks to FBI Special Agent Desirae Tolhurst for her efforts throughout the case, and also said they do want Blanco to find forgiveness.

“Just validation for thousands of hours of work,” Chris said. “Just wanted to make sure my brother got justice, he deserved it. It went through Blanco, and we got it. We’ve known it for so long. It’s a surreal, out of body experience.”

Blanco’s sentencing is scheduled for Feb. 19.