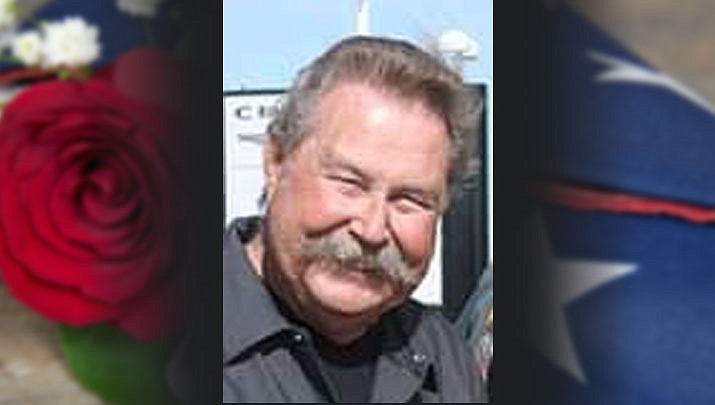 Jack and his siblings were raised in Azusa, California. Jack entered the Army in 1957 and after his return from being stationed in Germany, started his law enforcement career with Covina Police Department.

Jack had a great love for food and spent over 50 years working in the restaurant business and opening various “Jack’s” restaurants along the Central Coast of California, Oregon and Colorado. His true joy was Santa Maria Style BBQ and garnered the nickname “Mustache Jack” for his Tri-Tip barbecue and ever-present handlebar mustache.

Once settling in Kingman, Arizona, Jack became a member of Route 66 Wings and Wheels car club. He felt great pride in being a leading part of the Kingman Street Drags, Kingman Sand Drags and many other events brought to Kingman by the club.

He was preceded in death by his parents, brother; Edward Wells, sisters; Susan Barkman and Muriel Wells, and first wife and friend; Mary Wells.

In lieu of flowers, donations can be made for all to enjoy some Tri-tip barbecue in his honor. Please contact Tiffany Wells, Jan Manas or Brian Devincenzi on Facebook for details.