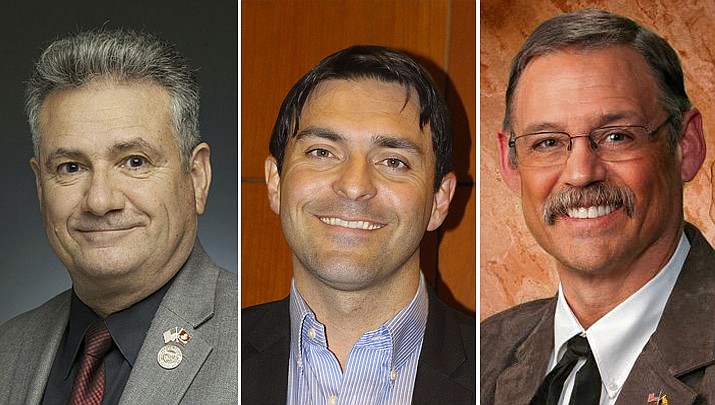 LAKE HAVASU CITY – State legislators will consider a bill in Phoenix this year that would allow tribal agencies to conduct sports betting throughout Arizona.

Senate Bill 1158 was posed this month by Sen. Sonny Borrelli, R-Lake Havasu City, and cosponsored by Rep. Leo Biasiucci, R-Lake Havasu City, and Rep. Mark Finchum R-Tucson. The bill would allow legalized gambling at venues on and off Indian casino properties. Off-site betting would be available through kiosks at licensed bars or private clubs under the bill, which will be maintained by the tribes. Such off-site gambling would be regulated by the Arizona Department of Gaming, which is responsible for regulating Arizona’s tribal casinos.

The bill comes on the heels of a 2018 decision in the U.S. Supreme Court, which dissolved the Professional Amateur Sports and Protection Act – an act that allowed only Nevada to permit regulated sports betting in 1992. The Act was ruled unconstitutional last May in a 6-3 decision, and according to the Supreme Court’s decision, states would have the right to determine for themselves whether such gambling should remain legal.

According to estimates from the American Gaming Association, sports gambling in the U.S. amounted to about $150 billion per year nationwide, despite the law. Each year, about $4.5 billion of that total was bet legally.

If SB 1158 is adopted, Arizona’s Indian tribes will determine for themselves whether to offer sports gambling. According to the legislation, however, only recognized tribes will be permitted to conduct sports gambling in Arizona, and the bill specifically prohibits wagering on NCAA sporting events.

Attempts to contact Borrelli and Colorado River Indian Tribes officials by telephone were unsuccessful as of Wednesday evening.