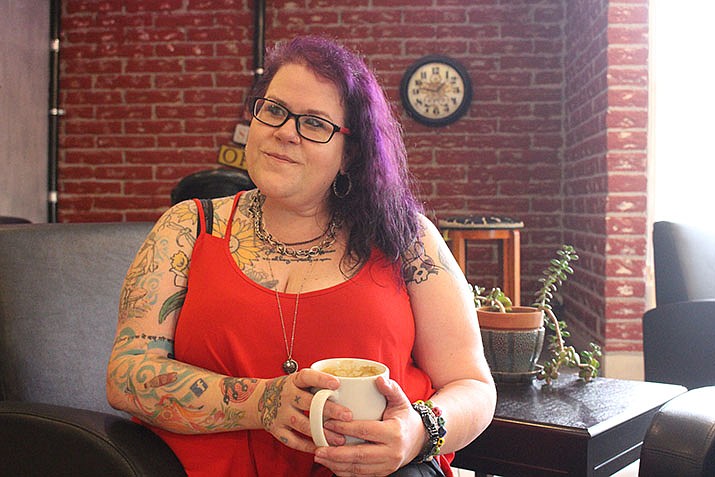 KINGMAN – Kingman Area Diversity Endeavor is a new project started by Trecia “Tricky” Christophersson who is fed up with this part of America being presented as mecca of intolerance and xenophobia.

It started with controversial comedian Sasha Barron Cohen’s show “Who is America?” One of it episodes “took place” in Kingman, and the performer was able to gather enough local racists to demonstrate the existence of the problem.

“He was questioning selected people on camera about how they feel about building a mosque,” Christophersson said. “Well, the things is we already have a mosque. And it’s important for our community. It serves a lot of Kingman doctors.”

The community, Christophersson included, replied with action, scheduling a town hall meeting to discuss if Kingman was portrayed accurately or if the image was unfair. The Methodist Church was pretty packed, and the discussion was lively, including the hot issue of displaying the confederate flag. Local pastors were there, as well as representatives of Kingman Progressive Alliance, a loose network of progressives established in 2016 and still active on social media.

“Historically, Kingman was a sundown town,” Christophersson explained, referring to Jim Crow’s America where African-Americans could not walk around safety after the sunset. “Things changed but the community is still pretty isolated and simply not exposed to other cultures. In a way, it’s more ignorance than racism.”

Christophersson believes people are so exhausted with the constant economic boot on their throat that they are not able to think about others. Often, their pain manifests itself as violence, for example bullying.

KADE’s future goal would be to get into local schools and start putting together an anti-bullying program. For now, it’s mostly social media and protests – Christophersson went to Phoenix to protest Senator Jeff Flake’s support for Judge Brett Kavanaugh and was ready to confront the Confederate Krusaders at the Parade of Lights last year (they never showed up).

Christophersson spoke recently at a recent Mohave County Democratic Central Committee on June 19. She is worried about police brutality in Phoenix. Phoenix is in a state of shock after discussing a videotaped encounter involving police officers who pointed guns and yelled profanities at a black couple after their 4-year-old daughter took a doll.

“We’ve done a lot of good stuff here in Kingman over the last few years,” she said. “We’ve really cleaned up our image. But we can do more. Phoenix has a huge police problem, but our police and the sheriff are wonderful and care about civilian rights. We should use it to show that Kingman is in front of this issue.”

Community View | Disturbing a ‘peaceful, quiet community’
Letter | Beginning a Conversation
City officials respond to Cohen's 'Who is America?'
Indivisible Kingman is reactivated and full of energy to be catalyst for local progressive revolution
Letter | Mayor: Let’s make Kingman an even greater place to live