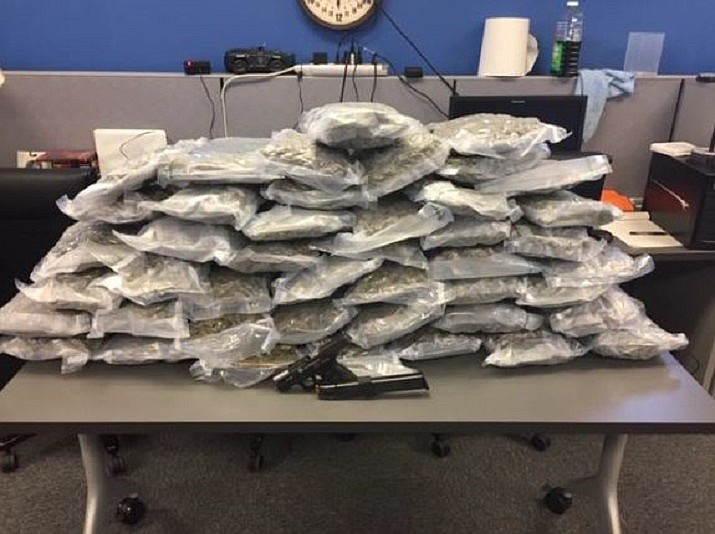 KINGMAN – The Mohave Area General Narcotics Enforcement Team seized over 47 pounds of marijuana during a traffic stop and arrested four Uber passengers on their way from Barstow, California to Kingman.

MAGNET participated in a multi-agency drug interdiction detail on Interstate 40 last Thursday night, the Bullhead City Police Department confirmed. During the traffic stop, 47.6 pounds of marijuana was located in two large bags in the trunk of the Uber car. A hand gun was also located in the vehicle. The Uber driver did not know the marijuana was in his car and was not arrested.

They were all booked into the Mohave County jail in Kingman.

Franco is a Honduras national who will be deported. He has a $50,000 bond with an immigration hold.