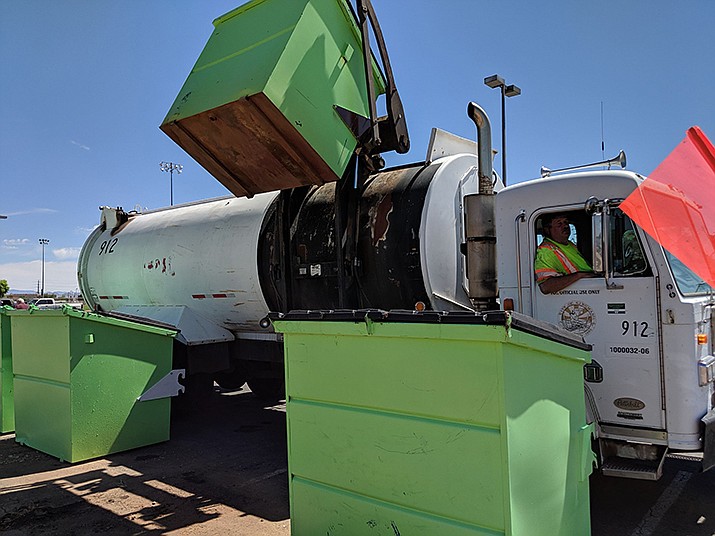 Changes the City has made to its EZ Recycling Drop Program are to be discussed at an upcoming work session in September. (Daily Miner file photo)

KINGMAN – City Council typically discusses items it would like to see at future work sessions at the end of regularly-scheduled meetings, and on Tuesday, Councilwoman Jamie Scott Stehly and Vice Mayor Travis Lingenfelter both had suggestions.

Scott Stehly asked what all was going to be included in the “recycling” item to be discussed at the Sept. 3 work session. City Manager Ron Foggin said it would cover all recycling activities within the City, and an update on associated costs.

“I wanted to see the recycling numbers from May, and July and August as well as the costs associated with the new employees that are standing out there,” she said. “I am receiving a lot of negative feedback from the change.”

Toward the end of last month the City began relocating all of its EZ Recycling Drop Program containers from various stations throughout Kingman to the Public Works facility at 3700 E. Andy Devine Ave.

The vice mayor said he would like to see, “when the time is right,” a work session item on what it would take to establish a foreign-trade zone at the Kingman Industrial Park.

According to the International Trade Administration, a foreign-trade zone is where companies use special procedures that encourage activity by delaying or reducing duty payments for foreign merchandise, among other benefits.