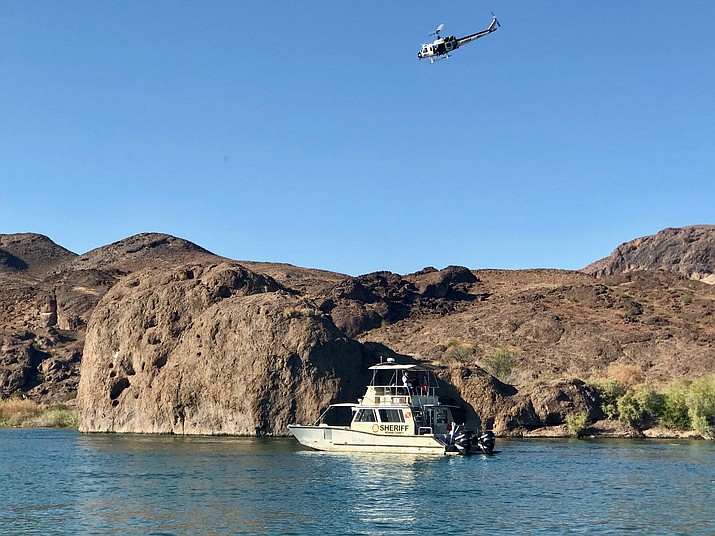 Authorities searched by water, air and land for a missing California teen. He was found deceased in the Colorado River north of Lake Havasu City on Saturday, July 6, 2019. (MCSO photo)

KINGMAN – Mohave County Sheriff’s authorities say a 16-year-old male from California was found deceased 15 hours after the agency was notified that a teenager had jumped off a cliff on the Colorado River north of Lake Havasu City but didn’t resurface on Friday.

Divers recovered Chance Huerta of Victorville, California at about 9:15 a.m. Saturday with the use of sonar after MCSO was notified at about 4:20 p.m. Friday about the missing teenager, according to MCSO Public Information Specialist Anita Mortensen.

Early reports indicated that Huerta had jumped off a cliff near Mohave Rock, just north of the Sand Bar, and failed to resurface. The Division of Boating Safety began investigating, with assistance from San Bernardino County Sheriff’s Department, Arizona Game and Fish Department, U.S. Fish and Wildlife, and San Bernardino County Fire Department. Dive teams and side scan sonar were used for underwater searches, while Search and Rescue Units were activated for shoreline and aerial searches.

It was determined that the victim attempted to do a flip off of a cliff and landed wrong. The victim came to the surface briefly before witnesses on scene lost sight of him.