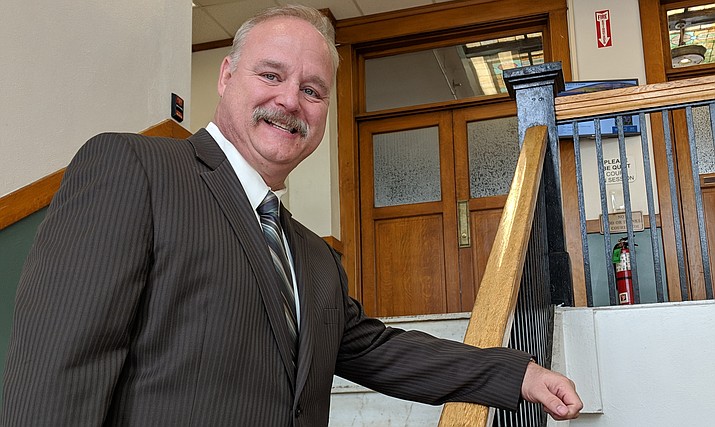 Former chief sues NACFD: I think there will be much more to come. Are you listening, Kingman City Council?

Top immigration story – Border crossings dropping: The amount of money spent to detain and imprison asylum seekers from Central America could be better spent on HUMANE and practical ways to resolve these problems. We have never approached immigration with such cruelty and malice before this administration.

Federal judge – McSally can keep McCain’s senate seat until 2020 election: Our Governor has gotten his wish – to circumvent the will of the voters by foisting McSally upon them. He is taking her, a self-avowed Trump supporter, to Yuma to discuss border issues? Why not Sinema? We know why.

Community breaths new life into WWI monument: Terrific. Thanks to all, and information packets given out, for me, a genealogy nut, were wonderful. Found two of my uncles involved in honoring WWI. Hualapai soldier Sam Swaskegame who gave his all; another Chloride uncle recruited for service.

Guzzardi – The border crisis long-term view: And it’s Joe Guzzardi, again, doing his utmost to create hatred and fear of immigrants! Same whine – different bottle. I have a plan – let’s send Joe back to where HIS family came from. I’m all in for that.

Bubba Joe’s family: If we leave nature alone she will take care of all living things. I am for protecting and cherishing our four-legged friends. They add depth and beauty to our lives.

Good job, Trecia: The time is way past due for Kingman to realize that prejudice, racism, bullying are NOT the way to go when dealing with fellow human beings.

Donald Trump: If anyone watching Donald Trump speak in Orlando, Florida, and does not realize he is not playing with a full deck … May God have mercy on America.

Electoral College: It’s straight out of the Bible! I was so startled when I found it. Bravo, our Founding Fathers. Don’t remember exactly where, but it’s in one of the books of the law. Read your Bible and find it yourself.

Border patrol: Sexist Facebook sayings inappropriate: Inappropriate? The posts were disgusting! These men should be dismissed – they are not fit to guard anything, let alone human beings. And blaming AOC for men unfit to be border agents is ridiculous. The chief needs to clean house.

Laura Hollis: Moscow in the valley: Once again, Ms. Hollis is Trump’s personal cheerleader. This is no opinion – it’s a lie! There most certainly is tons of evidence of corruption and high crimes in the Mueller Report. Read it for yourselves. Everyone should read it.

Recycling: If certain items could not be accepted in recycling, the public should have been informed. A flyer in the water bill explaining what is not allowed would have been very helpful. Or are they trying to shut recycling down altogether?

Border Patrol Chief: Sexist Facebook postings inappropriate: For the record, my dad lost half his family (Poland) In Hitler’s camps. I assure all of you, what we are running to detain these refugees most certainly fits the definition of concentration camps. The dictionary agrees, check it out!

Electoral College protects rural US: Loose morals? Do you have to talk about the White House like that?

Arizona governor yanks Nike grant over flag shoe flap: Our governor is willing to sacrifice 505 good jobs, a major investment for Nike, to participate in a whizzing match with Kaepernick over a flag sneaker? Styles change constantly – is this “issue” worth throwing away millions for Arizona workers?

Indivisible reactivated in Kingman as a catalyst: Welcome to Kingman, indivisible! Looking forward to a brighter, more enlightened community through positive action and change. Come on down and join in.

Nearly 50 pounds of marijuana found, 4 arrested: And the stuff is legal right across the river. This is beyond mere moronic.

Independence 2019: Thank you, Agata, for telling it like it is! Wish all Americans could get on the same page. We are making enemies of each other.

Honorable course in Iran; end sanctions, resume dialogue: This was a wonderful piece written from actual experience in the middle east. We are punishing Iran for keeping a deal that Trump chose to not honor, while sending nuclear technology to the Saudis, who commit human rights abuses daily.