A new generation brings a new sound straight out of Kingman 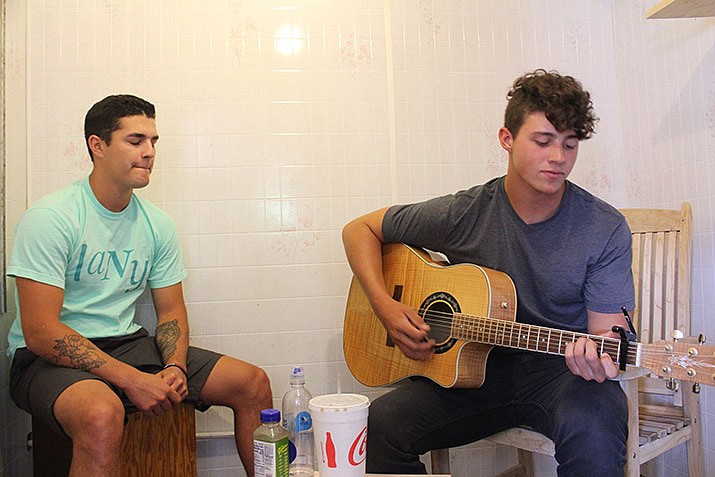 Andrew Davis and Corey Davy did not hang out much until recently. In fact, they competed with each other, both riding motocross and trying to pursue it as a career. All of it changed when they sat down and started to play music.

A couple of weeks later they were ready to play their first gig at Diana’s Cellar Door Wine Bar’s open mic on June 24, and then amazed the audience with the sound of young Kingman.

“We knew of each other, but we were never that close,” Davis said. “I’ve always been into music. I don’t know how to play any instrument that well, but I’ve enjoyed singing in the shower.”

Davis and Davy started to hang out more and more. Davis heard Davy played a gig at Diana’s and thought it was awesome. So he wrote some lyrics down and showed them to Davy, who came to hang out. He used to write lyrics as a form of journal so he had some experience.

“But I had no idea I can sing,” he said. “Nobody knew I could sing, not even my mother.”

“Dude, you can sing pretty well,” Davy decided after listening for a while. “Let’s put a song together.”

A new sound from Kingman by KingmanMiner

Davy started to play guitar when he was four. He started on a ukulele, and a lot of family members played music. He has been posting music online for a while.

“But I had a different style,” he said. “This sound is being born right here and right now,” he added pointing to Davis and himself.

Soon, they had a song. A couple of weeks later, they were ready to play their first gig. They didn’t tell anyone, but their fans arrived anyway.

“We’ve posted something on Snapchat,” the guys admitted. “They must have tracked us down.”

But the young ladies – too young to enter the bar and clustering at the door – were not the only ones amazed with the fresh sound Davis and Davy put together. 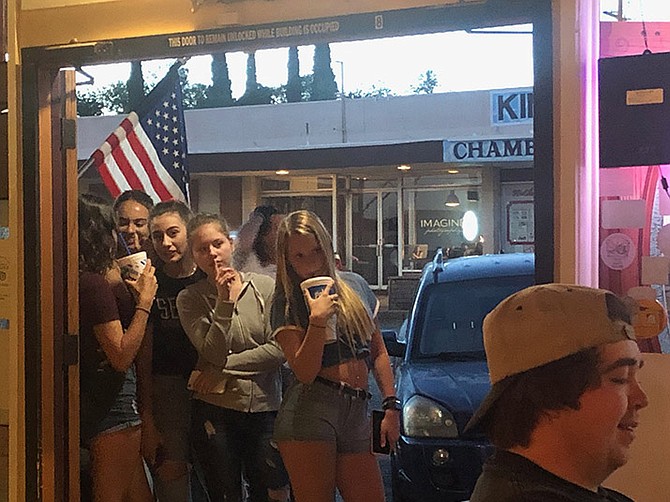 Andrew Davis and Corey Davy didn’t tell anyone they were playing, (well, maybe just a hint on Snapchat) but their fans arrived anyway. (Photo by Agata Popeda/Daily Miner)

They admit the feedback has been unreal so far. Interestingly, even though the sound is soft and lyrics are personal, they get even more enthusiastic feedback from guys than from girls.

Both Davis and Davy just graduated from local high schools. They realize that riding motocross is dangerous and expensive, not to mention the stress it puts on their families. They have a Plan B. Davis is thinking about becoming a firefighter, and Davy is considering taking some classes at Mohave Community College.

Of course, making music would be another option, safer and cheaper than motocross. They just invested some money in music equipment and would like to start building a fan base and start playing – in Kingman, Flagstaff, and then Phoenix and Las Vegas.

“Our biggest thing is we don’t want to copy anyone,” Davis said. “Everything we do is straight off feel.”

They're jamming every Thursday afternoon at Kathryn Heidenreich Adult Center
Older Than Dirt: Music and Memories
Kingman songsmith has been writing music for nearly 30 years
Best retires to study music
The 11 sisters of Siervas are a rock band like ‘nun’ other