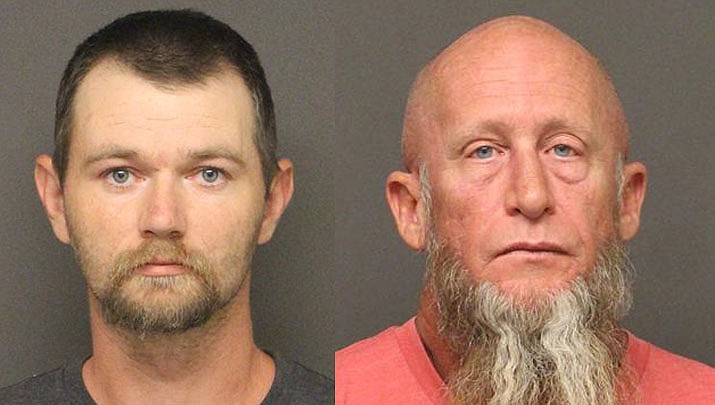 Brian Scott Reaves, 51 of Golden Valley, and 34-year-old Jason Duran Cooper of Kingman were arrested by the Mohave County Sheriff’s Office in June.

The state alleges that Reaves “offered or solicited sexual conduct with another person, knowing or having reason to know that the other person is a minor under 15 years of age.”

Cooper is charged with two felony counts. The first is luring a minor under the age of 18 for sexual exploitation, a Class 3 felony.

The state charges that on or about June 2, 2019 Cooper “solicited sexual intercourse with victim, knowing or having reason to believe subject was a minor.”

Cooper also faces a count of attempted sexual conduct with a minor under the age of 15.

The state aims to prove that Cooper on or about June 3, 2019 “knowingly attempted to engage in sexual intercourse or oral sexual conduct with a minor under the age of 15.”

Cooper remains in custody and has entered a not-guilty plea. His next court appearance will be at 11 a.m. Sept. 9.