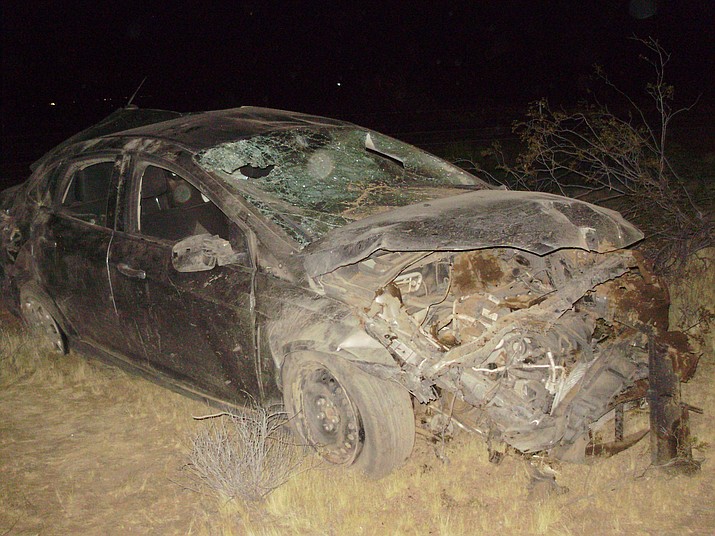 A Dolan Springs resident died in this crash Sunday evening. It was determined he was not wearing a seatbelt and was ejected from the vehicle. (MCSO photo)

KINGMAN – Mohave County Sheriff’s officials say Dolan Springs resident Edgar Avila-Perez, 42, was killed Sunday evening after he was ejected from his vehicle that left the roadway, traveled through a barbed-wire fence and eventually became airborne.

At about 7:30 p.m. Sunday MCSO deputies responded to milepost 1 on Pierce Ferry Road in reference to a vehicle collision. The reporting party said the vehicle left the roadway and rolled into a field.

The vehicle’s only occupant, Perez, was found deceased by deputies upon their arrival. The investigation found that the vehicle was travelling southwest on Pierce Ferry Road when it entered a dip in the road. The vehicle’s speed resulted in a loss of control, at which time it left the road and went through a barbed-wire fence and bushes.

A large dirt mound located in the bushes caused the vehicle to become airborne before rolling several times. The driver was not wearing his seatbelt and was ejected from the vehicle.