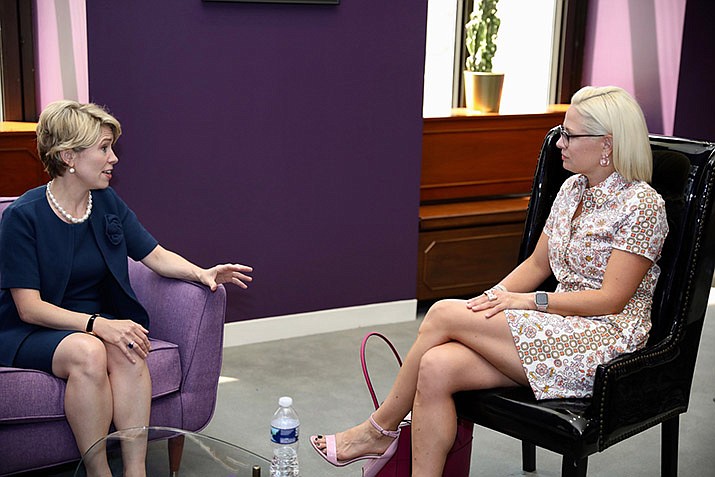 The act is one among a few health-related issues Congress is working on after returning from the Fourth of July holiday. Other issues are how to curb high prices for medicines and limit prescription copays for people with Medicare.

Surprise billing happens when a patient goes to an in-network hospital or sees an in-network doctor, but faces unexpected charges because of services received from an ancillary provider. The insurer will pay the ancillary provider’s mandated out-of-network amount, and the remaining balance is often billed to the patient, which can be thousands of dollars.

“Arizona families shouldn’t be forced to pay for surprise medical bills they assumed were covered,” Sinema said. “I’m working across the aisle to fix flaws in our healthcare system so it’s more affordable and accessible for all Arizonans.”

Surprise billing is common in emergency situations, when patients need to be taken to the nearest emergency department, regardless of whether or not it is in their insurance’s network.

The STOP Surprise Medical Bill Act requires patients to pay only their in-network obligations in emergency and other situations when patients cannot reasonably know they are being seen by out-of-network providers. Under the bill, insurers are required to pay out-of-network providers the median in-network rate, and if providers disagree with this payment, they have 30 days to start a dispute resolution process. Part of the legislation’s goal is to avoid costly arbitration by getting insurers to broaden their networks and incentivize providers to set reasonable rates.

Arizona has a similar law that took effect in early 2019 with a similar dispute resolution process.

With medical expenses being one of the main problems Americans are struggling with, it seems that both parties are on board. President Donald Trump promised an executive order intended to enable the U.S. government to pay lower prices for prescription drugs, which will likely be approved by both political camps.