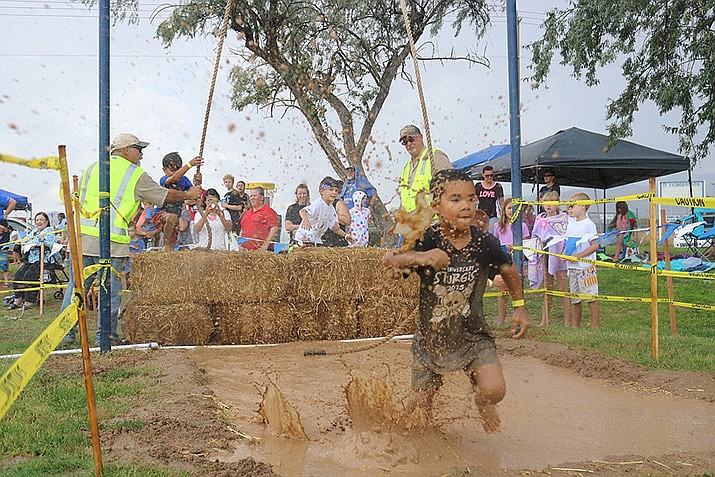 Mighty Mud Mania, one of Kingman’s longest-running traditions, provides a great opportunity to get out with friends and family for a day of muddy fun. (Daily Miner file photo)

KINGMAN – While parents do their best to keep themselves and their children from getting wet, muddy and dirty for some 364 days a year, that 365th day is Mighty Mud Mania, when all of the above is encouraged.

“We’re very excited for the event,” he added.

While last year had some precipitation toward the end of Mighty Mud Mania, Fruhwirth said there was still an excellent turnout. That included a near-record setting crowd. The City is hoping for another strong showing Thursday.

“We think we’ve got the track and the courses laid out pretty well, it’s the perfect length to make it challenging for people of all ages,” Fruhwirth said.

The tracks and courses for this year’s event have also been created to cut back on wait time for participants. Numerous groups within the same age bracket will be able to run at the same time, which will make the process go much quicker. There’s plenty of room for seating this year and for contestants to line up in advance to further expedite the process. 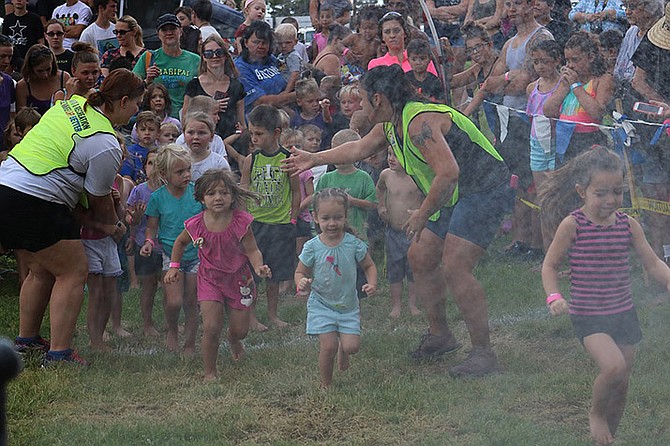 The two youngest groups will run a shortened course because “we’ve found that sometimes kiddos get stuck in the mud there,” Fruhwirth said, also noting watching the youngest groups run the course is always fun.

But once the 8-9-year-olds take the course, the event will include an obstacle course, rope swing, hill climb and more, “all that stuff that makes for good spectator viewing,” the recreation coordinator said.

There will also be concessions at the park Thursday, with attendees having access to typical items like cotton candy, nachos, bottled water, Gatorade and more.

One of the main questions the parks department receives about Mighty Mud Mania is why the event is held during the week as opposed to the weekend when perhaps more people could attend. According to Fruhwirth, holding the event during the week is the only way to hold it at all.

The event is always free to the public. However, if it was held during the weekend, the City would be looking at extra overtime costs for staff. That, combined with the manpower it takes to create the course, could pose problems for Mighty Mud Mania.

What’s more is that if the mud run was held on a Saturday, for example, the City would expect three times as many attendees. The park couldn’t handle that.

“We kind of have to keep it on Thursday to make it financially viable to keep the event operating,” Fruhwirth explained. 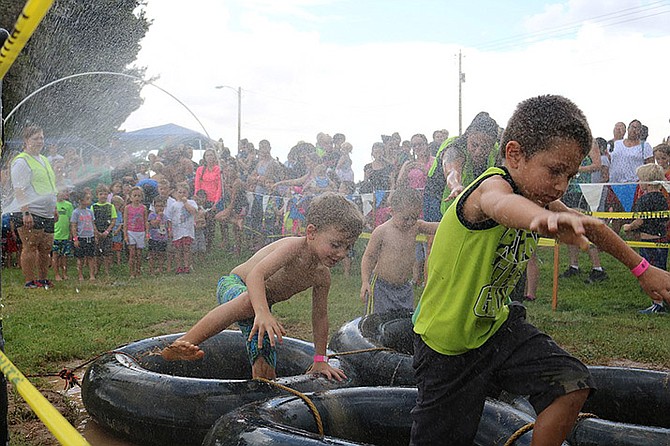 The top three finishers in each age bracket will receives prizes such as ribbons and trophies, and shirts commemorating the event will also be sold.

Fruhwirth said those who have attended in years past know how fun the event is. It’s a great opportunity to get together with friends and family for a day of muddy fun.