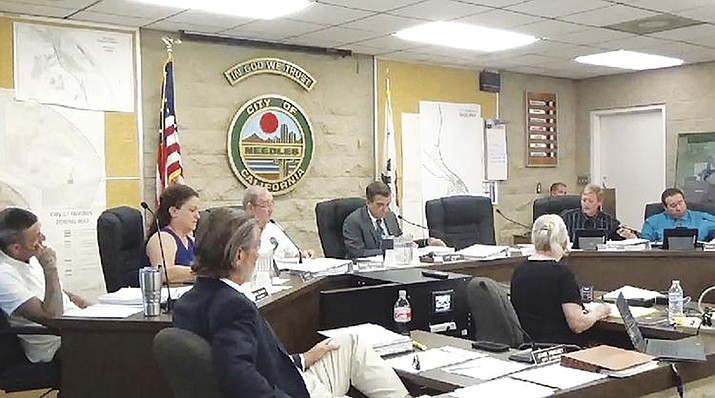 LAKE HAVASU CITY – Needles, California is now officially a Second Amendment Sanctuary City. This means the city will exempt itself from any restrictive gun laws that California passes, and it allows them to continue concealed carry and purchasing ammunition.

The declaration was approved unanimously by Needles City Council on Tuesday.

The resolution for the declaration states, “It is the desire of the City Council to declare its support of the Second Amendment to the United States Constitution.”

“The City Council affirms its support for the San Bernardino County Sheriff in his exercise of sound discretion to not enforce against any person an unconstitutional firearms and ammunitions law within the City, and to demonstrate leniency to concealed carry permit holders from other States while in the City,” the declaration states. The declaration aims to support “free flow of commerce,” as well.

It also states that Needles is “geographically and economically isolated within the State of California, with the nearest neighboring California cities of Barstow and Blythe, being 144 miles and 96 miles away, respectively… whereas, the City derives economic benefit from interstate commerce among and between the citizens of the City and the citizens of the States of Nevada and Arizona due to their proximity.”

Both Nevada and Arizona allow concealed carry permits from either state, but California does not recognize permits from any other state. On top of that, Proposition 63 in California “provides that all ammunition purchases or transfers made in California require a Department of Justice ‘point of sale’ eligibility check,” according to the resolution.

“The enforcement of these laws creates an undue hardship on the citizens of the City, who must forego the opportunity to conveniently purchase ammunition in a neighboring State, and instead must travel roundtrip over 3 hours in exercising their constitutional right to legally purchase ammunition,” harming the City’s economy “irreparably,” the resolution states.

The declaration calls California’s firearm laws “over restrictive” and impairing, creating “immediate adverse economic impacts” on Needles and its citizens.